Luka Doncic raking in early bets for next NBA MVP 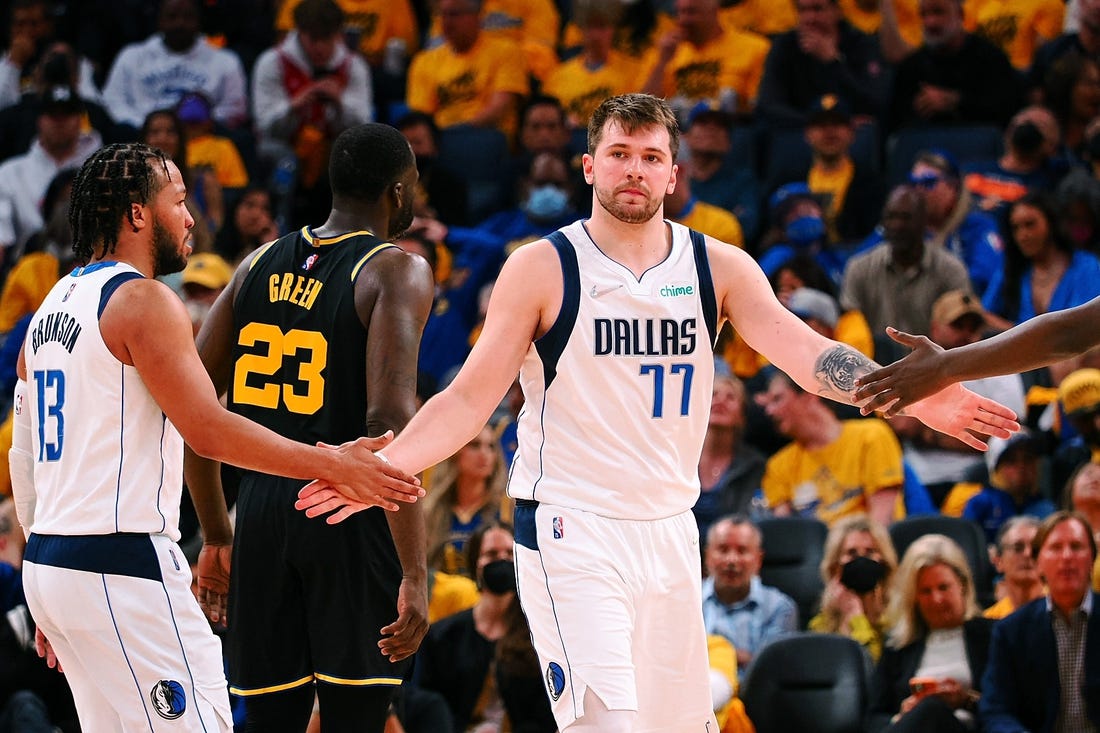 Dallas Mavericks guard Luka Doncic is receiving the most action to win NBA MVP following the 2022-23 season, according to DraftKings on Monday.

Doncic currently sits at +450 as the favorite to take home the award and has received 27 percent of all bets while holding 15 percent of the handle.

In 65 games (all starts) this past season, Doncic, 23, averaged 28.4 points, 9.1 rebounds, 8.7 assists and a career-high 1.2 steals while shooting 45.7 percent from the field. He led the Mavericks to the Western Conference Finals, where they lost in five games to the Golden State Warriors.

Reigning two-time MVP Nikola Jokic of the Denver Nuggets holds the fourth-best odds at +1200 along with Ja Morant, Jayson Tatum and Kevin Durant. Despite not being among the top-three favorites, Jokic has recorded the highest share of the handle at 19 percent.