A source said that French President Emmanuel Macron mentioned negotiations for a settlement in the Boeing-Airbus conflict when President Joe Biden called him two weeks ago. Neither country’s official readout of the call has included a mention of the matter. The source said that Biden did not speak of any outcome but said that the relevant teams would follow up the matter.

Since 2004, Boeing and Airbus have been in an expensive, legal conflict with each side claiming that there are unfair tax subsidies provided to the other by Washington state and the European Union.

The World Trade Organization has ruled in favor of each side, at different stages. It has given orders to both the United States and the European Union to offset their opponent’s benefit, by imposing tariffs on a total of $11.5 billion in goods. Both the parties have moved to roll back the tax subsidies since then. These subsidies are at the center of the conflict.

The imperative need to reach a settlement is more so, currently, as the pandemic has brought airplane travel to a bare minimum. With civilian travel at an all time low and many countries disbarring travelers from other countries, there’s no immediate need to purchase huge aircrafts. Many airplanes are in their hangars depreciating and losing value, every day. Manufacturing is also at an all time low, yet the legal fees will continue to mount till the dispute is resolved.

Macron mentioning this dispute shows the importance of it as a high priority for France and the E.U. Many countries, including the E.U. have been looking forward to a reset of relations under the Biden administration.

Sophie Dirven, a spokesperson for the European Commission had said that their aim was to find solutions for all ongoing trade disputes “including on Airbus/Boeing.”

The Biden administration has also restarted diplomatic overtures with old allies to mend the conflicts and the ambivalence in foreign relations during the Trump administration.

Resolutions are expected to move forward after the confirmation of the United States Trade  Representative (USTR) nominee Katherine Tai, which should occur possibly in the week February 22. 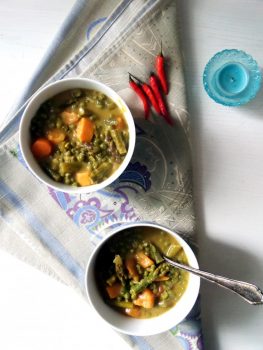