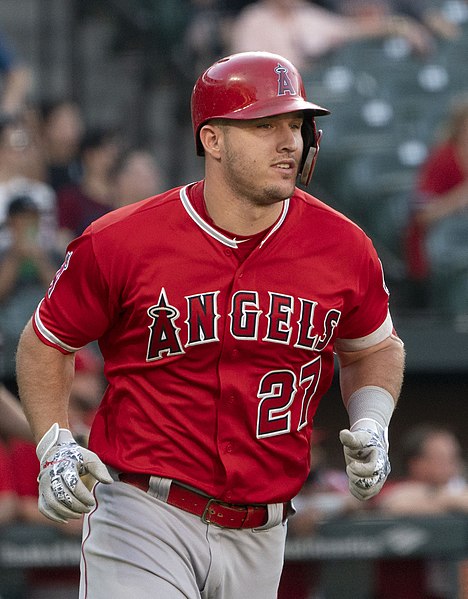 Like most kids, I collected baseballs cards growing up. Once my older brother received his driver’s license, we drove and traveled all over Southern California attending baseball card conventions, wheeling & dealing with other vendors and collectors.

Our Dad encouraged our hobby so much he gave us suggestions that turned our love of baseball & card collecting from a hobby into a business. We also started collecting baseball memorabilia, autographs on baseball cards & index cards, photographs, and official MLB Rawlings baseballs. I even got to a point where I was collecting authentic MLB game-used baseball bats that I acquired from trading baseball cards from my personal collection.

My brother & I were on a mission and got to a point where we had over one million baseball cards. Our specialty was complete sets of every card printed each year and also rookie cards. Our father taught us to compare rookie cards as if they were stocks on the New York Stock Exchange and the better the players perform as they get older, the higher the cards will likely increase in value.

Well, our Dad was right. My brother & I were considered “the rookie card kings” within the baseball card industry and we had other vendors & collectors from all over the United States purchasing cards from us.

Even though we were both still teenagers, we knew what we were doing, and my brother counted on me to find and choose the next great young future baseball players to invest in their rookie cards.

Our business venture grew so rapidly we opened and started the very first baseball card shop in our area, while my brother was in College, and I was in still High School.
Once, we even talked Darryl Strawberry to come into our store, when he was just a rookie playing for the New York Mets in 1983 to sign autographs on a Saturday morning & afternoon, before the Mets were to play the Los Angeles Dodgers at nighttime.

The most intriguing part of this story is, my brother & I got into trying to get other MLB players to autograph their own cards for us, but it actually decreased the value of the baseball cards itself. Old school baseball collectors advised us not to do that because they felt it’d diminish the value and the cards would no longer be considered an authentic gem mint condition baseball card.

Well, all those people sure were wrong because little did we know, way back then, my brother & I were onto something so big we could have been baseball card millionaires one day.
That day might of been today because Los Angeles Angels Mike Trout made history as one of his rookie baseball cards just broke the record for the most money ever paid for a baseball card because that card was actually autographed by Trout in 2009 before he was even a rookie while playing minor league baseball.

Astonishingly, a rare signed Trout rookie card sold for more than $3.9 million on Saturday night, breaking the record of $3.12 million set by the famous T206 Honus Wagner card in 2016. The Trout card, released by Bowman in 2009, was graded in Mint 9 condition and features a stamped “1/1” serial number to ensure its singular quality. The card was originally put on the auction block in July with a minimum bid of $1 million.

Sports betting consultant “Vegas Dave” Oancea bought the Trout card two years ago on eBay for $400,000 – back when Trout was merely a two-time American League MVP Award winner. Trout won the honor again in ’19 while hitting a career-high 45 home runs, and he entered Sunday tied for the AL lead with 10 dingers. Like the card that bears his likeness, Trout only continues to get more valuable. Because he’s now considered the best baseball player on the planet.

“A lot of people had a lot of negative things to say, that I was crazy, you know,” Oancea told Reuters earlier this month. “”You could have bought a house’, ‘You could have bought this and that’, that I’m stupid and it’s a piece of cardboard. But it’s ironic, now I’m going to make four or five million dollars.”

Trout has accumulated 73.5 WAR per Baseball-Reference as he continues his 10th season in the big leagues — a total that tops dozens of position players already enshrined in the National Baseball Hall of Fame.

The $3.9 million Trout card was sold in an auction to an unidentified person. If only my brother & I stuck to our instincts way back then, because there’s a very good chance we’d have some more of those autographed Mike Trout cards of our own.

This article was originally published on August 24th, 2020.