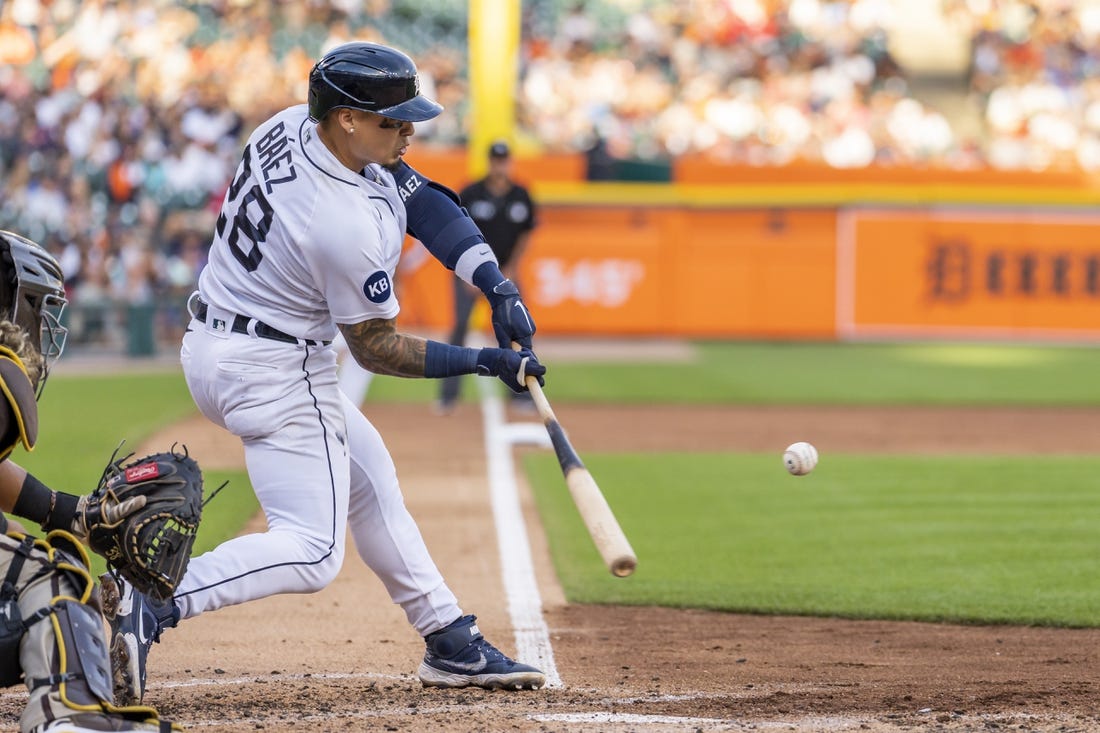 Candelario had three hits and drove in three runs, while Miguel Cabrera added a solo homer. Javier Baez drove in two runs for the Tigers, who finished with 13 hits while snapping a three-game losing streak.

Detroit starter Drew Hutchison gave up four runs and six hits in 4 1/3 innings. Will Vest (2-2) picked up the victory with 1 2/3 innings of scoreless relief.

Ha-Seong Kim drove in two runs and Jurickson Profar hit a solo homer for the Padres, who have lost two in a row. San Diego starter Sean Manaea (5-5) was battered for nine runs (four earned) and eight hits in 3 1/3 innings.

The Padres got on the board first when Profar hit his ninth homer this season with two outs in the third.

Detroit responded with five runs in the bottom of the inning. Harold Castro reached on an error by first baseman Eric Hosmer and advanced on Willi Castro’s single. A Riley Greene single loaded the bases before Baez hit a sacrifice fly.

With two outs, Cabrera drew a walk to load the bases. Haase then ripped an opposite-field shot that was originally ruled a double. Upon video review, Haase was awarded a grand slam as the ball clearly went over the yellow stripe atop the right field wall.

Candelario made it 6-1 when he led off the fourth with a solo blast on a 3-2 offering from Manaea. The Tigers continued the onslaught as both Castros singled before Baez drilled an RBI double. That ended Manaea’s night.

The Padres trimmed the deficit to 9-4 in the fifth with four consecutive hits, capped by Trent Grisham’s RBI double and Kim’s two-run single.

Candelario got two of those runs back in the bottom of the inning with his two-run shot off Gore, his ninth of the year.

Cabrera smacked his first homer since May 15, a sixth-inning shot off Steven Wilson. It was his fourth long ball of the season.