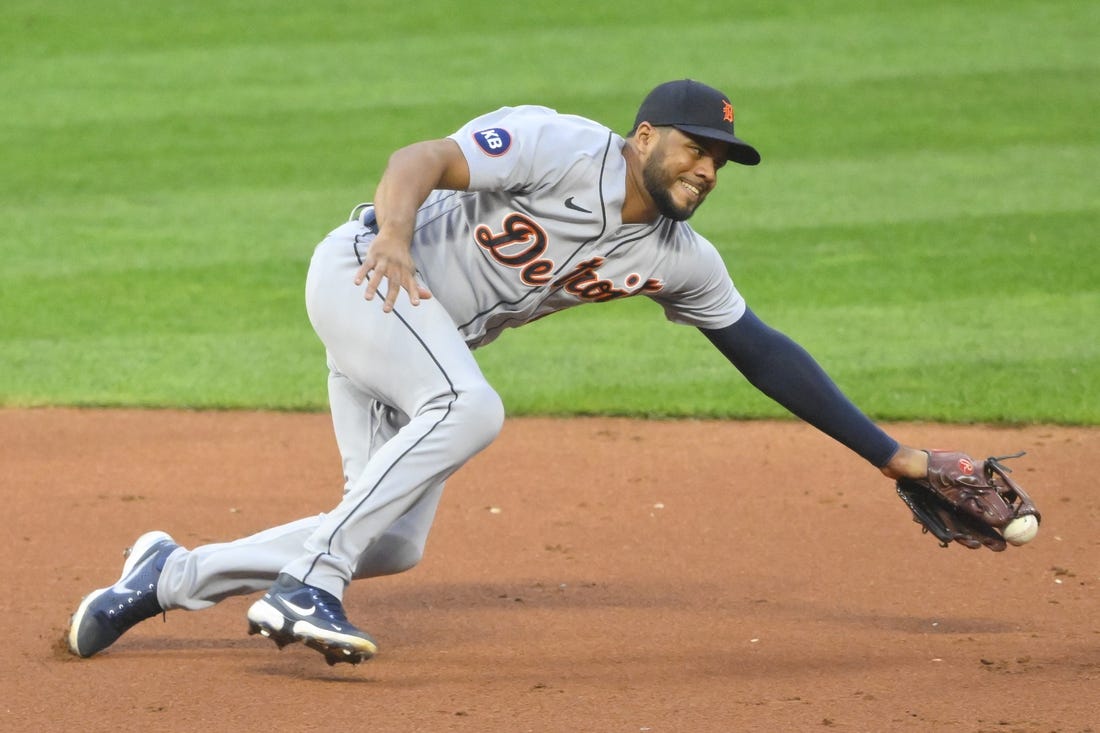 Kerry Carpenter homered for the second straight game and the Detroit Tigers edged the host Cleveland Guardians 4-3 on Tuesday.

Carpenter’s first career homer came during the second game of a doubleheader on Monday. The Tigers snapped an eight-game losing streak in that contest.

Carpenter reached base four times, while Harold Castro supplied three hits and drove in the Tigers’ two other runs.

Garrett Hill (3-3) limited Cleveland to one run and four hits in six innings and Gregory Soto survived a shaky ninth for his 22nd save.

Zach Plesac (2-11) gave up all of Detroit’s runs while pitching 5 1/3 innings. Steven Kwan had three hits and scored a run, while Jose Ramirez drove in a pair.

Cleveland manager Terry Francona was ejected in the ninth for arguing over a foul tip called a strikeout.

A lucky bounce and an overturned call allowed the Tigers to score three runs in the first. Javier Baez reached on a two-out walk and stole second. Castro then hit a bouncer up the middle that struck the bag. Baez tried to score on the play and was seemingly thrown out at home.

Upon a video review, it was determined catcher Austin Hedges didn’t give Baez enough of a sliding lane and the run counted. Carpenter then drilled a high fastball over the right field wall.

Cleveland got one of those runs back in the bottom of the inning. Kwan and Amed Rosario hit consecutive singles to put runners on the corners. Kwan scored on Ramirez’s fielder’s choice grounder.

Detroit made it 4-1 in the third. Victor Reyes led off with a single and scored on Castro’s one-out double.

Castro failed to catch a throw at first from shortstop Baez on a Tyler Freeman grounder, allowing Cleveland to pull a little closer in the seventh. Freeman moved to third on a fly ball and scored on Myles Straw’s grounder.

Cleveland cut the Tigers’ lead to 4-3 in the bottom of the eighth against Joe Jimenez. Rosario led off with a triple and scored on Ramirez’s single.

Freeman led off the ninth with a double and advanced to third on a sacrifice bunt. Straw struck out on the foul tip, resulting in the Francona ejection. Kwan then hit a comebacker that ended the game.