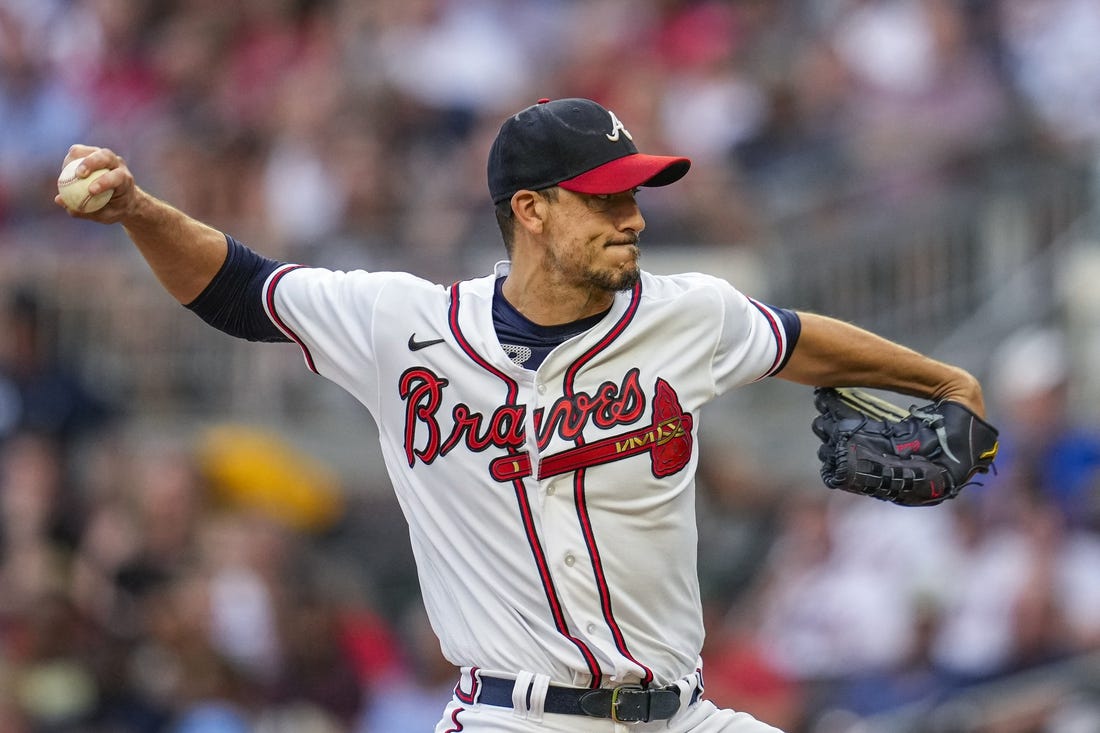 Morton (6-5) allowed three hits and one walk. It was his sixth scoreless stint of the season, and the strikeout total matched his season high. Olson, who went 2-for-4 with a two-run homer, has hit safely in eight consecutive games.

Robbie Grossman put the Braves on the board with a solo homer in the third inning against R.J. Alvarez (0-1), who was making his Mets debut. Alvarez gave up three runs on four hits and three walks in 2 1/3 innings. He struck out two.

Dylan Lee got one out, and A.J. Minter and Raisel Iglesias each pitched a hitless inning to complete Atlanta’s three-hit shutout. By claiming the first two games of a four-game series, the Braves drew within 3 1/2 games of the National League East-leading Mets.

John Brebbia (6-1), who pitched a scoreless top of the ninth, was credited with the win as the Giants earned their fifth consecutive victory. San Francisco starter Jakub Junis yielded one run in seven innings. Kennedy (4-6) took the loss.

Robbie Ray struck out 10 in six innings as the Mariners won for the fifth time in their past seven games. Jesse Winker’s sixth-inning sacrifice fly capped a three-run uprising to put Seattle ahead for good, and the club tacked on five runs in the ninth inning. Rodriguez had three of Seattle’s nine hits.

Tommy Edman hit a solo homer and Paul Goldschmidt hit a two-run homer and a sacrifice fly for the Cardinals, who won for the 11th time in their past 12 home games. Jose Quintana allowed two runs on four hits and two walks in five-plus innings. Ryan Helsley (7-1) pitched the ninth inning to earn the victory.

Patrick Wisdom drove in one run and scored another as visiting Chicago scored twice in the 11th inning to defeat Washington.

Wisdom led off the 11th with a double down the left field line against Victor Arano (1-1), scoring Willson Contreras. Wisdom later scored on a single by Seiya Suzuki. Luke Voit and Lane Thomas homered in the eighth inning against Cubs reliever Rowan Wick to tie it 4-4.

Franmil Reyes homered and singled, and Nico Hoerner also had three hits for Chicago. The Cubs took a 5-4 lead in the 10th on a sacrifice fly by Contreras, but CJ Abrams singled home Thomas to tie it.

The Orioles have won the first two games of the three-game series and are 4-0 against the Blue Jays over the past nine days. Kremer (5-4) allowed two runs, seven hits and one walk while striking out six. Rutschman and Ramon Urias each contributed two hits for Baltimore.

Vladimir Guerrero Jr. hit a two-run home run for the Blue Jays, who have lost three in a row and six of the past seven. Toronto’s Santiago Espinal added three hits.

Tommy Pham went 2-for-4 with two runs from the top of the lineup to pace the Red Sox in their second straight win and fourth in five games.

Ben Gamel went 2-for-4 and drove in all three Pittsburgh runs on a two-out, bases-clearing double in the eighth inning.

Randy Arozarena hit a three-run home run with one out in the first inning and visiting Tampa Bay hung on to beat slumping New York.

Andrew Benintendi tripled in the fifth and scored New York’s first run in 22 innings on a fielding error by third baseman Yandy Diaz. Tampa Bay’s Jeffrey Springs (5-3) got 10 outs via grounders and allowed one run on two hits in five innings. The left-hander struck out four and walked one.

Nick Castellanos homered and doubled twice against his former team while Rhys Hoskins had two homers and drove in five runs to power visiting Philadelphia past Cincinnati for the 10,000th win in franchise history.

The Phillies, who were without a homer in their previous six games, went deep five times in support of Kyle Gibson (8-5), who matched a career high with 11 strikeouts over six innings. He allowed three runs on six hits.

Jonathan India, who was playing his first game back from a deep bruise on his left leg that had kept him out since Thursday, hit a home run.

Miami native Manny Machado led San Diego with three RBIs. But the Padres, who still lead the race for the third and final National League wild-card playoff berth, have lost two straight games, both to Miami.

Marlins reliever Elieser Hernandez (3-6) blew a seventh-inning lead but got the win. Dylan Floro worked out of a two-on, no-out jam in a scoreless ninth to earn his third save.

Carpenter reached base four times, while Harold Castro supplied three hits and drove in the Tigers’ two other runs. Garrett Hill (3-3) limited Cleveland to one run and four hits in six innings, and Gregory Soto survived a shaky ninth for his 22nd save.

Zach Plesac (2-11) gave up all of Detroit’s runs while pitching 5 1/3 innings. Steven Kwan had three hits and scored a run, while Jose Ramirez drove in a pair. Cleveland manager Terry Francona was ejected in the ninth for arguing over a foul tip called a strikeout.

It was the fourth four-hit game of Urshela’s career and his first as a member of the Twins. Luis Arraez increased his American League-leading batting average to .336 with a double and two singles for Minnesota.

Gray (7-3) matched his season high with 10 strikeouts. Zack Greinke (4-8) fell to 1-6 in nine career starts at Target Field as he allowed three runs, one earned, in six innings.

Yoan Moncada delivered a go-ahead single with two outs in the eighth inning and Jose Abreu had three hits to help lift host Chicago to a victory against Houston.

Jimmy Lambert (1-2) allowed one hit and struck out two in a scoreless eighth to earn the victory. Hector Neris (4-4) was the loser, allowing a run and two hits. Liam Hendriks recorded his 27th save.

Victor Caratini hit a two-run single with the bases loaded in the 11th inning to give Milwaukee a walk-off victory over visiting Los Angeles.

The Dodgers scored a run in the top of the 11th before Caratini capped the rally in the bottom of the inning against Craig Kimbrel (3-5).

Brent Suter (4-3) earned the win despite allowing Justin Turner’s RBI hit in the top of the 11th. Los Angeles’ Chris Taylor preserved a 3-3 tie in the 10th with a sensational leaping grab of Andrew McCutchen’s drive to right-center with two runners on, ending the inning.

Elvis Andrus blasted a two-run homer to help Oakland end a nine-game losing streak with a win in Arlington, Texas.