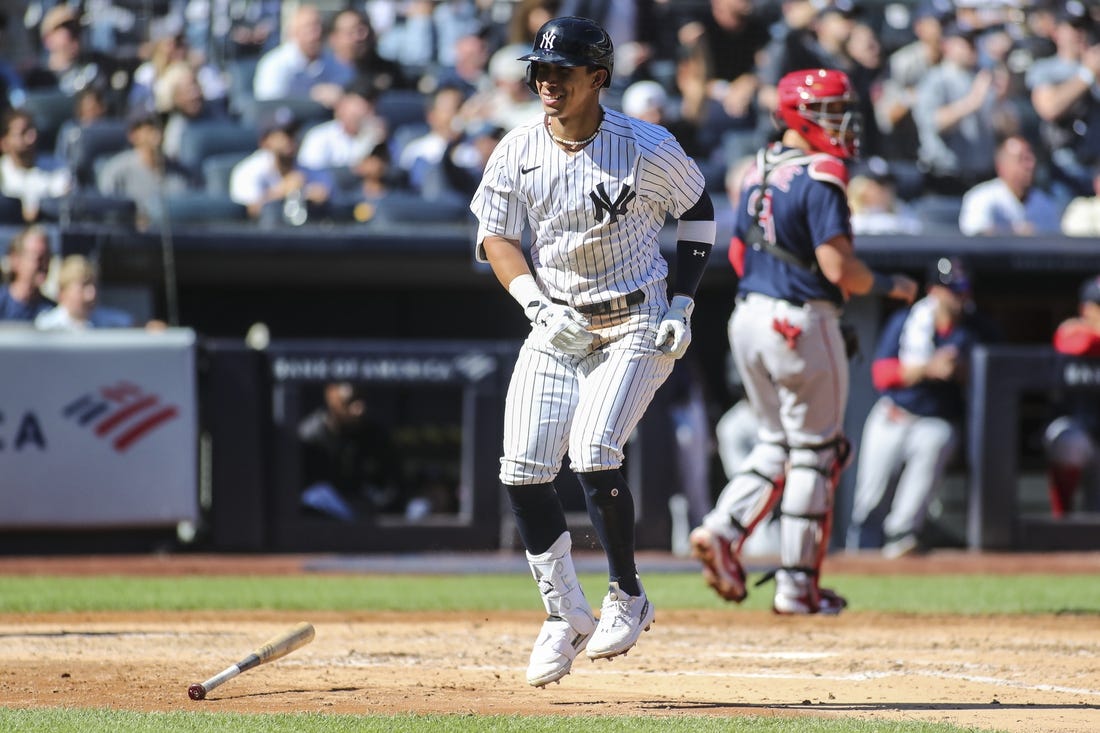 Anthony Rizzo belted a two-run homer to snap a tie in the seventh inning to lift the host New York Yankees to a 7-5 win over the Boston Red Sox on Saturday.

Aaron Judge went 0-for-3 with a walk to remain at 60 homers on the season for the Yankees, who have won six in a row.

Judge struck out on three pitches against Boston’s Nick Pivetta in his first at-bat, flied out to center field in the third and walked in the fifth. He struck out in the seventh inning on a check swing against John Schreiber (3-4) that drew derision from the sellout crowd of 47,611 toward first base umpire Chris Conroy.

Judge reached base and ended the day with a .314 batting average, one point behind Boston’s Xander Bogaerts for the AL lead.

Rookie Oswaldo Cabrera belted a two-run homer and Gleyber Torres had a solo shot off Pivetta, who allowed 10 homers in five starts against the Yankees this season.

Zack Britton issued three walks in his season debut, including a bases-loaded free pass to Casas.

Lucas Luetge (4-4) allowed a tying single to Alex Verdugo in the seventh before striking out Enrique Hernandez.

After Luetge put the first two on in the seventh, Clarke Schmidt stranded two in the eighth. Scott Effross loaded the bases in the ninth before recording his third save of the season.

Pivetta allowed five runs on six hits in five innings for Boston (72-79). He struck out eight and walked four.

Torres staked New York to a 1-0 lead by driving a 3-0 fastball into the left field seats for his 24th homer.

Casas hit his fourth career homer by lining a 2-2 curveball to left for a 2-1 Boston lead and two batters later McGuire blasted a 1-0 fastball into the right-center field seats just over Judge’s leaping try.

After Kiner-Falefa’s RBI single got the Yankees within 3-2, Judge flew out to center. The Yankees took a 4-3 lead when Cabrera hit a 1-1 slider into the right-center field seats.

Following the Judge walk in the fifth, New York opened a 5-3 lead on Donaldson’s single before an infield single by Bogaerts set up Verdugo’s tying hit.