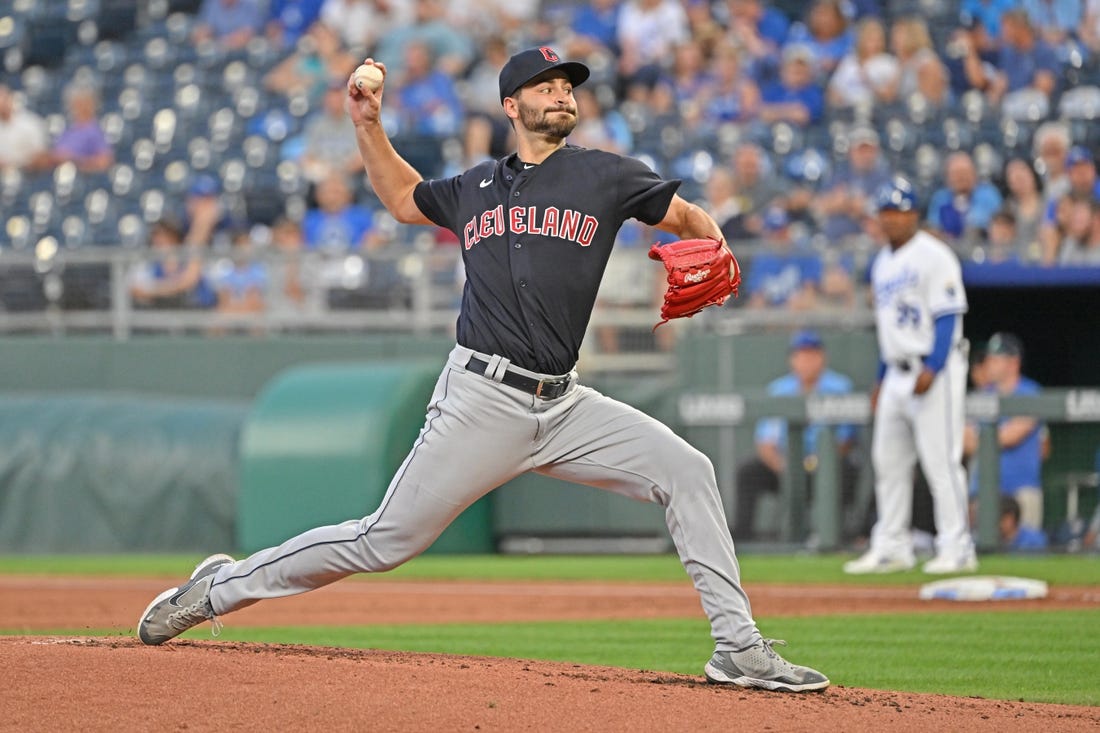 Cody Morris will take the mound for the host Cleveland Guardians on Tuesday night against the Los Angeles Angels, though for a brief moment not long ago, Morris wasn’t so sure he would be in the major leagues at this point.

Morris (0-1, 3.00 ERA) spent most of the year dealing with a shoulder strain before pitching for Triple-A Columbus in August. After three starts and three relief appearances with the Clippers, he was called into Clippers manager Andy Tracy’s office.

As a prank, Tracy told Morris the plan for the rest of the season was to get him stretched out, but he’d be doing it in Class-A ball.

“I was like, ‘What?’ I couldn’t believe it,” Morris said. “He was like, ‘Make sure to stop at Progressive Field on your way in, that’s where you’re going.’ ”

Tuesday’s start will be Morris’ third with the Guardians (74-65). He gave up three runs (two earned) on four hits and two walks in just two innings of a start against Seattle on Sept. 2.

But he was much better on Wednesday against Kansas City, throwing four shutout innings while allowing three hits and one walk.

Though Morris is regarded as a starter, down the stretch he could be used out of the bullpen, something Morris said will require some adjustments.

“The adrenaline rush, it’s fun,” Morris said. “I’ve started all my life, so just kind of used to that. Getting thrown in the seventh, sixth, eighth inning, whatever it is, coming out there, the adrenaline rush is different. It’s a lot of fun. It’s just a different experience, but I’ve really enjoyed it.”

Left-hander Jose Suarez (6-6, 3.77) will make his 17th start (19th appearance) of the season for Los Angeles. He’s coming off one of his best starts of the season, shutting out the Tigers on three hits over seven innings.

Suarez is 0-2 with an 11.57 ERA in two career starts versus the Guardians, but has not faced them this season.

Angels infielder David Fletcher is still listed as day-to-day, still bothered by a bruised right hand. He was hit by a pitch leading off the game Saturday and had to leave the contest. Though X-rays were negative, he was not in the lineup Sunday or Monday.

“Grabbing a bat for him is probably pretty tough right now,” Angels interim manager Phil Nevin said Sunday. “He will get some work on it, and if swelling goes down, then he may be able to hit.”

Fletcher missed most of the season because of a hip injury, and the club certainly missed him when he wasn’t in the lineup. The Angels (61-80) are 36-54 in games Fletcher has not played; they are 25-26 in games he’s played.

Fletcher, who signed a five-year, $26 million contract before the season, struggled at the beginning of the season as he tried to play through the hip injury. He hit just .158 in 14 games.

But since returning from surgery, Fletcher is hitting .290 while playing both second base and shortstop.