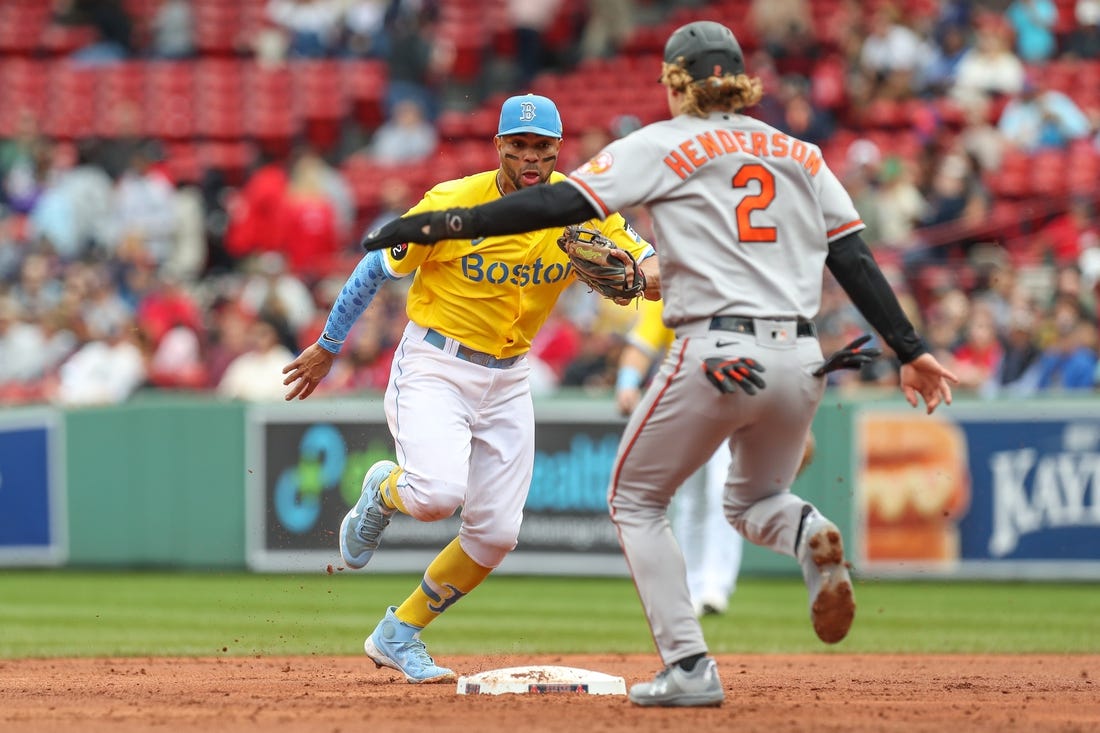 J.D. Martinez belted a two-run homer in the eighth inning to lift the Boston Red Sox to a 5-3 win over the visiting Baltimore Orioles on Thursday afternoon.

Martinez added a double while Alex Verdugo and rookie Triston Casas also had multiple hits for the Red Sox (75-81), who have won three in a row to record a 10-9 victory in the season series.

In his first start since Aug. 12 due to right shoulder inflammation, Nathan Eovaldi allowed two runs (one earned) on five hits and struck out three in 4 2/3 innings.

Gunnar Henderson, Kyle Stowers and Cedric Mullins had two hits apiece for the Orioles. Stowers belted a solo homer in the seventh inning and had two runs in the game.

Adley Rutschman broke the club’s single-season rookie record with his 33rd double of the season in the second inning. He also had an RBI in the loss.

The Orioles couldn’t take advantage of doubles in the first two innings, but back-to-back hits by Stowers and Jorge Mateo began the third and produced two runs.

After a Mullins grounder moved both runners into scoring position, Stowers slid around catcher Connor Wong’s tag as Rutschman grounded out hard to first. The lead doubled as Anthony Santander reached on an error.

Boston tied the game in the fourth. Martinez and Casas sent doubles off the Green Monster on consecutive one-out pitches to put the Red Sox on the board. After Mike Baumann fanned Christian Arroyo, Enrique Hernandez ripped a single through the right side to make it 2-2.

The Red Sox didn’t dent the scoreboard again until Cionel Perez entered from the visitors’ bullpen for the sixth. Verdugo lined a leadoff single to right and scored the go-ahead run after a wild pitch, Casas’ one-out single and Arroyo’s grounder to third.

In the seventh, Stowers hit a game-tying solo shot with one out against Matt Strahm.

After the Red Sox went down 1-2-3 twice in the previous three innings, Martinez crushed his second homer of the series to left and totally out of the ballpark in the eighth. Xander Bogaerts drew a leadoff walk off Dillon Tate (4-4) and scored to put the Red Sox ahead for good.