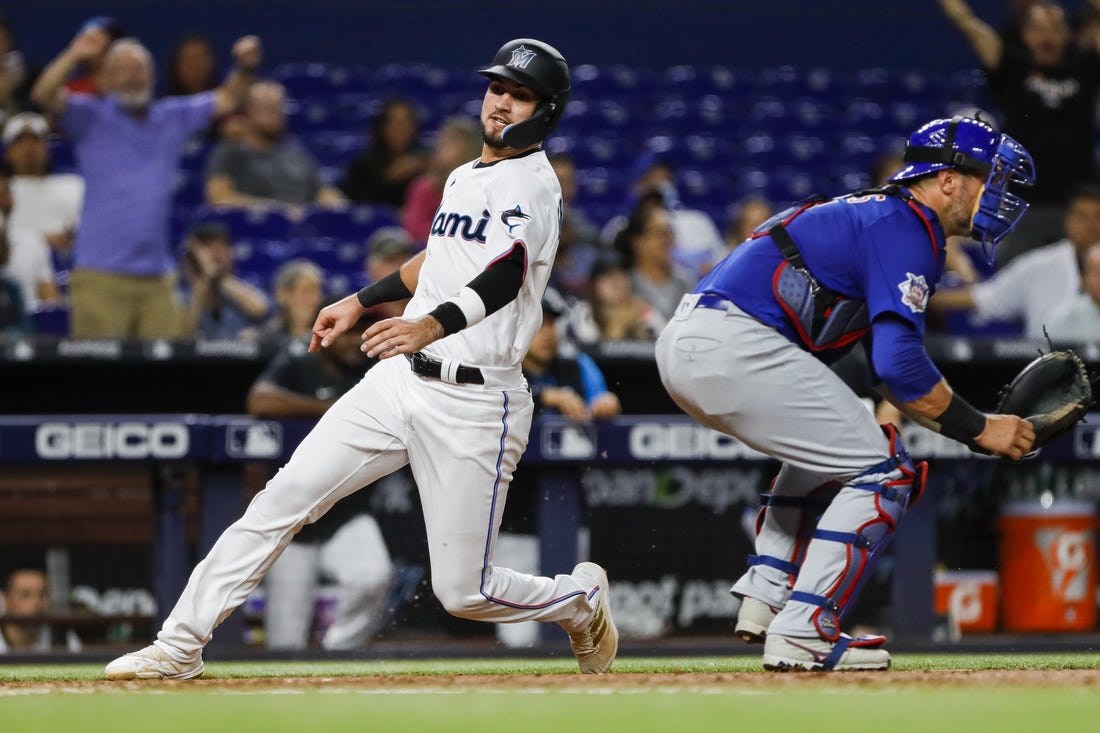 Bryan De La Cruz hit the go-ahead grand slam in the third inning, leading the host Miami Marlins to a 10-3 win over the Chicago Cubs on Monday night.

De La Cruz went 2-for-5 with four RBIs, and Jon Berti and Charles Leblanc also homered for the Marlins (61-87). Berti went 3-for-5 with two RBIs and two stolen bases. He leads the majors with 36 steals.

Edward Cabrera (6-3) earned the win, allowing three hits, three walks and three runs in five innings. He struck out four. On his 79th and final pitch, he grabbed his left side in discomfort.

Christopher Morel homered for the Cubs (62-85). It was the 14th homer of the season.

Chicago opened the scoring with two outs in the third inning as Morel ambushed a first-pitch fastball, golfing it 409 feet to center for a 1-0 lead.

Cabrera then hit Zach McKinstry with a curve, and Ian Happ followed by pulling a fastball to the right field corner for an RBI double.

With one out on the bottom of the third, Berti started Miami’s comeback by belting a cutter over the wall in left-center to make it 2-1.

Leblanc reached on a throwing error by shortstop Morel, who double-clutched and then fired high. Brian Anderson was then hit by a pitch. With two outs, Nick Fortes reached on a broken-bat infield single, which loaded the bases.

The Marlins stretched their lead to 7-2 in the fourth, scoring on Berti’s RBI single and Miley’s wild pitch. De La Cruz had a shot at another grand slam, but he struck out.

McKinstry stroked an RBI double in the fifth, closing Chicago’s deficit to 7-3.

Miami put the game away with Rojas’ RBI single in the seventh and Leblanc’s two-run homer in the eighth.