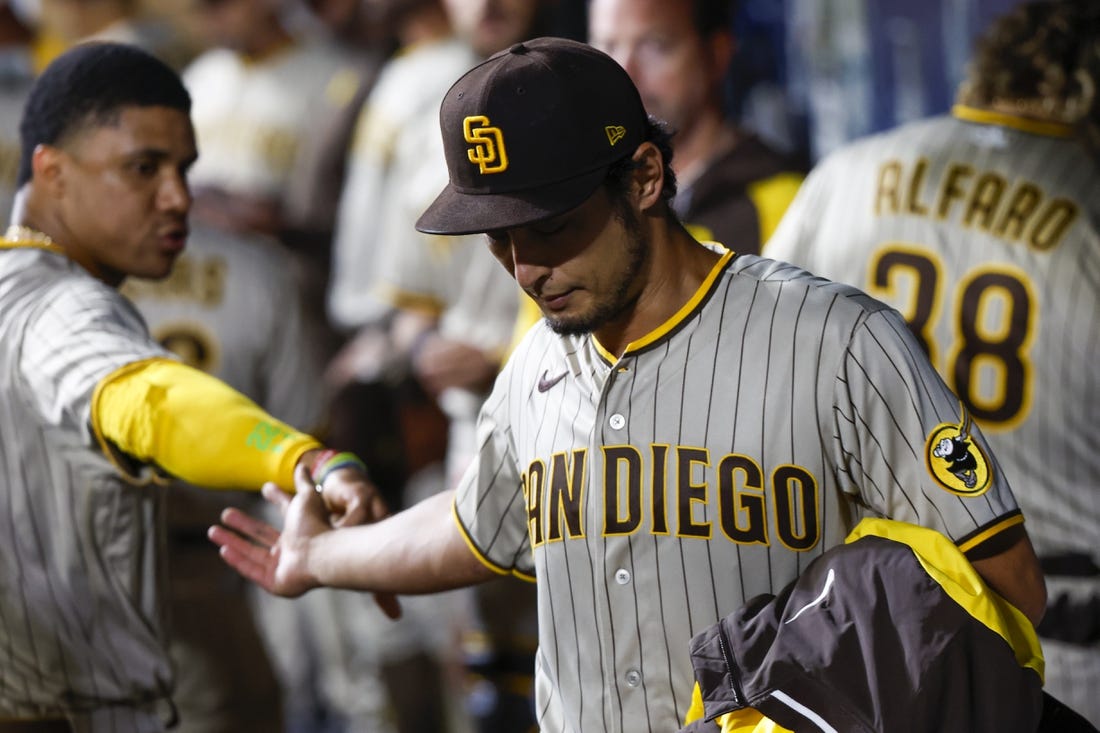 The San Diego Padres are in the midst of their best season since 2010, but it won’t end with a National League West title.

San Diego (83-68), despite its record, is 21 games behind the Los Angeles Dodgers, who have the best record in baseball.

The Padres will have to settle for getting into the postseason as a wild card, and that’s if they can fend off the Milwaukee Brewers. San Diego leads the Brewers by two games and trails the Philadelphia Phillies by a half-game.

That puts plenty of emphasis on each of the final 11 games for the Padres, including Saturday’s matchup at the Colorado Rockies in Denver.

The Rockies won the opener of the three-game series, 4-3 in 10 innings on Friday night.

Darvish is on a staff that has found a groove down the stretch. The Padres had won five straight before losing a 5-4 decision to the St. Louis Cardinals on Thursday. The highlight of the winning streak was Blake Snell’s start Wednesday in which he struck out 13 and took a no-hitter into the seventh inning in a 1-0 victory.

“We just build off of each other,” Snell said. “We all see it. We all know how good we are, how capable we are to do it every night. That just kind of keeps us going and keeps us hungry and striving to be the best versions of ourselves.”

The Rockies (65-86) are playing out the season and giving young players a chance to debut in the majors. It was Michael Toglia in late August, and Friday night it was Ezequiel Tovar, the 21-year-old old considered the franchise shortstop of the future.

Tovar went 2-for-4 with a run in the win on Friday.

The younger players are getting opportunities with first baseman C.J. Cron trying to recover from being hit on the left hand Wednesday, Brendan Rodgers going on the injured list Thursday and Jose Iglesias nursing a sore right thumb.

“The main thing is to try to win today and win tomorrow, for the integrity of the season,” manager Bud Black said. “But it was necessitated that we play a bunch of young guys and get them exposed. This will help them and ultimately help us. This gives us a snapshot of what they will look like in the big leagues.”

Kuhl likely will make his last home start at Coors Field. He was signed to a one-year deal in the spring and has slumped after a solid start with the Rockies.