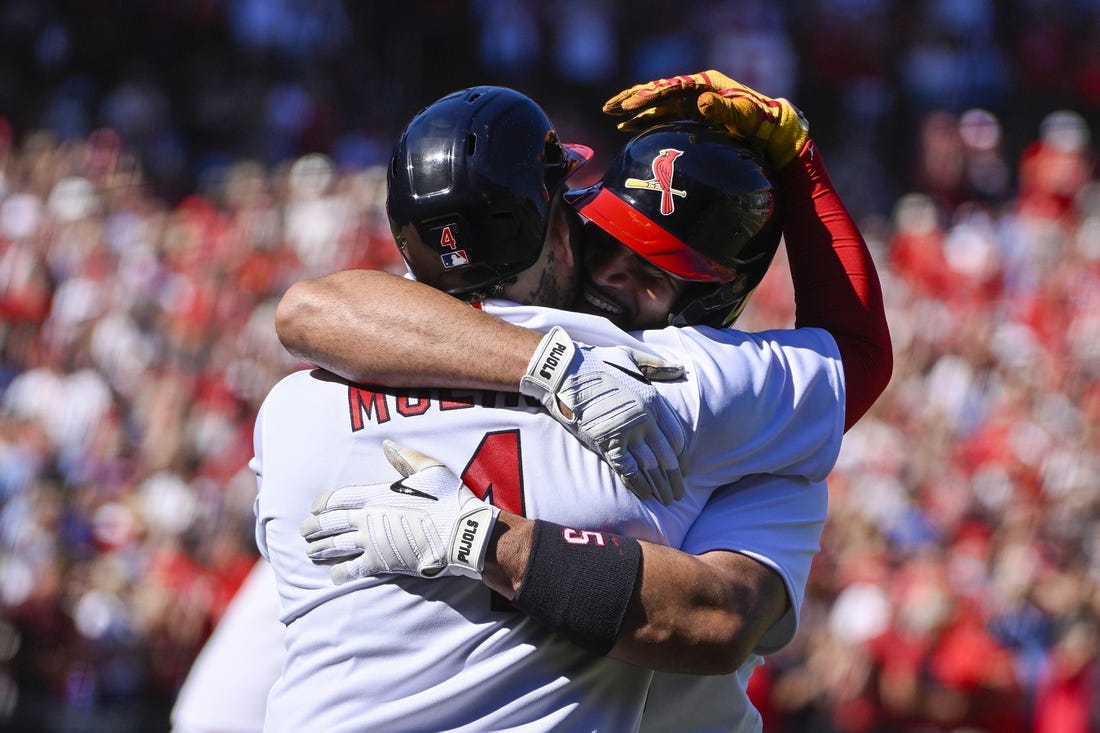 Ben Gamel hit a three-run home run as the visiting Pittsburgh Pirates rallied for a 7-5 victory that put a damper on the St. Louis Cardinals’ day of celebration.

The Cardinals honored Albert Pujols and Yadier Molina, who played their final regular-season home games before retirement. Pujols hit his 702nd career homer and drove in three runs for the Cardinals (92-67), tying Babe Ruth for second place on the all-time RBI list with 2,214.

Miguel Andujar drove in two runs and Oneil Cruz scored twice for the Pirates (60-99), who avoided a three-game sweep in St. Louis.

Fresh off their emotional pregame ceremony, the Cardinals went up 3-0 in the first inning. Brendan Donovan reached second base on an error leading off, Alec Burleson advanced him with a sun-aided double, then Pujols lined a two-run double to left and later scored on Molina’s sacrifice fly.

The Pirates tied the game 3-3 in the second inning. Jack Suwinski walked, Cal Mitchell hit a single and Gamel launched his three-run homer.

Pittsburgh moved ahead 4-3 in the third inning when Cruz hit a single, stole second base, took third on a groundout and scored on Andujar’s sacrifice fly.

Pujols tied the game 4-4 in the bottom of the inning with his shot to center.

Dylan Carlson and Paul DeJong greeted Chase De Jong with back-to-back doubles in the fourth inning to put the Cardinals up 5-4.

The Pirates surged ahead 6-5 in the fifth inning. Ji Hwan Bae hit a single, stole second base, moved to third on Cruz’s double, and scored on Andujar’s dribbler in front of the plate. Suwinski followed with an RBI single to end Wainwright’s day.

At that point, Wainwright, Molina and Pujols all left the game together to a standing ovation.

Bryan Reynolds upped the Pirates’ lead to 7-5 with his seventh-inning homer.