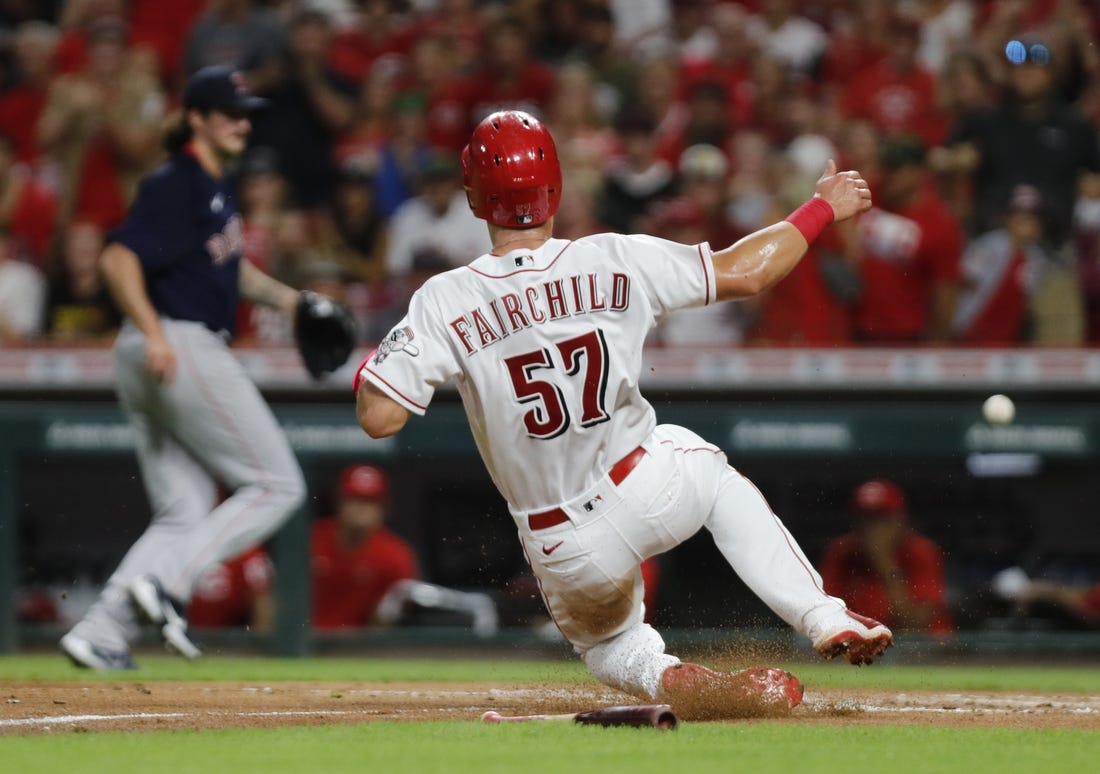 Jonathan India broke a tie with a fifth-inning single and finished with two RBIs as Cincinnati Reds beat the visiting Boston Red Sox 5-1 on Wednesday.

Kyle Farmer also snapped an 0-for-18 skid with a bloop two-run single to center field in Cincinnati’s three-run fifth that made a winner of starter Chase Anderson (2-3).

Anderson held the Red Sox to one run on three hits over five innings, striking out four and walking none.

Three Reds relievers bridged the gap to Alexis Diaz, who entered with one out in the ninth following singles by Rafael Devers and Xander Bogaerts. Diaz fielded a comebacker from Alex Verdugo and started a game-ending 1-6-3 double play to record his eighth save in 12 chances.

The win earned a split of the four-game season series for Cincinnati, which also ended an eight-game home losing streak to the Red Sox. Cincinnati’s last home win against Boston came on June 13, 2008.

Facing Boston starter Connor Seabold (0-3), India gave the Reds a 1-0 lead on a broken-bat single to left in the third that scored Stuart Fairchild.

The Red Sox responded in the fourth when Devers and Bogaerts opened with singles. Alex Verdugo lifted a sacrifice fly to center to score Devers and tie the game. However, Anderson settled down to strike out J.D. Martinez before Bogaerts was caught stealing to end the rally.

In the Cincinnati fifth, Fairchild singled with one out and went to second on a wild pitch from Seabold. TJ Friedl walked before India singled to center, knocking in Fairchild for a 2-1 lead as Friedl took third.

Donovan Solano homered to straightaway center with two outs in the eighth off Franklin German to extend Cincinnati’s lead to 5-1.

Seabold yielded four runs on six hits in five innings. He fanned four and walked one.

The four-run win matched Cincinnati’s biggest ever over Boston in 24 all-time meetings. The Reds won Game 5 of the 1975 World Series 6-2 at home in Riverfront Stadium.