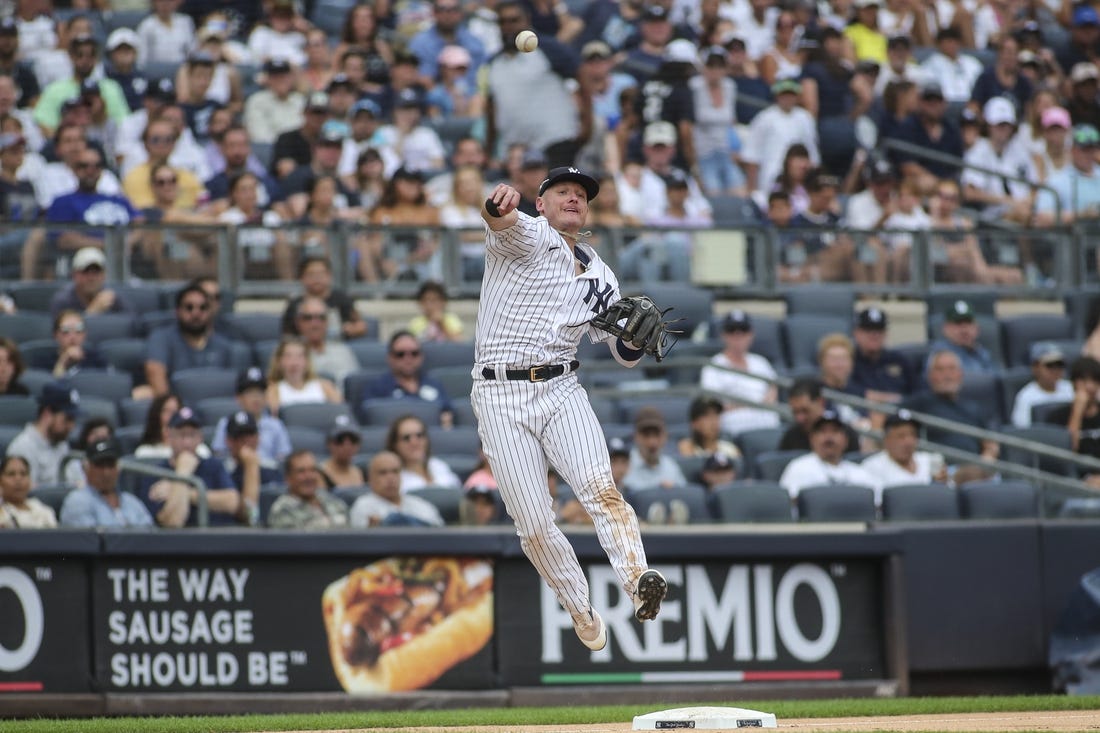 The moves were made before the Yankees’ home game against the Tampa Bay Rays.

Guzman, 27, was hitless in six at-bats over three games this season for the Yankees. He struck out five times.

The Yankees are in first place in the American League East Division, 3 1/2 games ahead of second-place Tampa Bay. The teams’ three-game series will conclude Sunday. The Rays won the opener 4-2 on Friday.