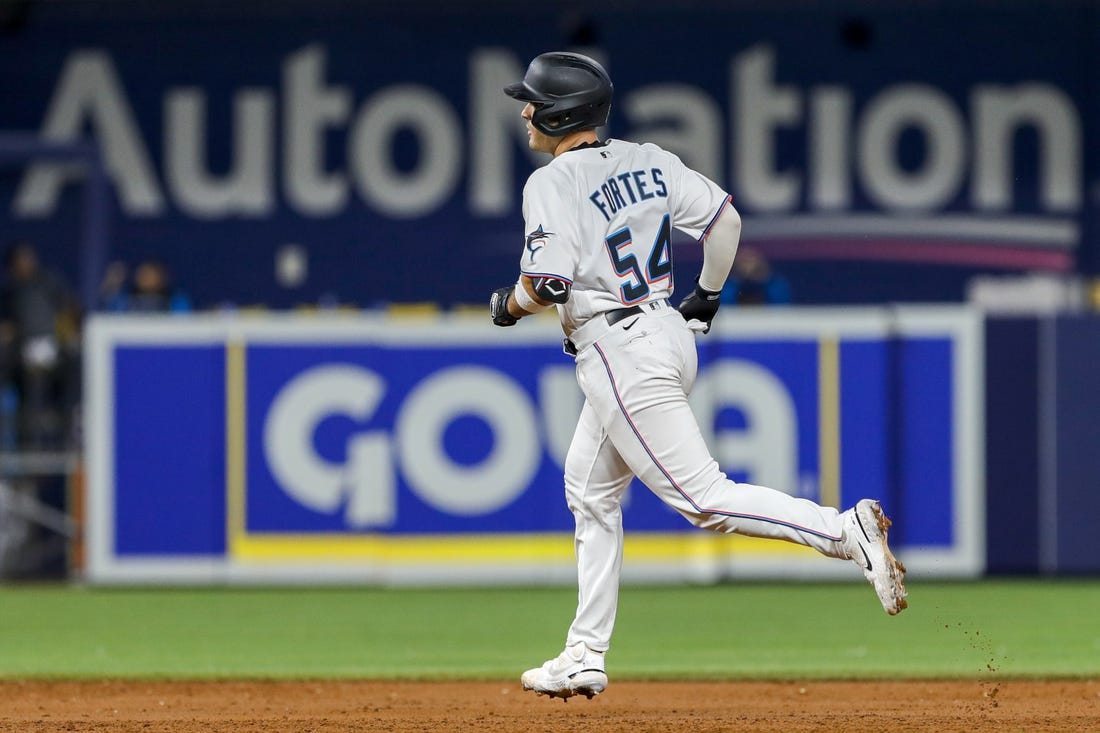 Backup catcher Nick Fortes went 3-for-4 with two solo homers and three runs scored, leading the host Miami Marlins to a 4-3 victory over the San Diego Padres on Tuesday night.

Miami native Manny Machado led San Diego with three RBIs. But the Padres, who still lead the race for the third and final National League wild-card playoff berth, have lost two straight games, both to Miami.

The Marlins scored more than three runs in a game for the first time since July 29, snapping a 16-game streak.

Marlins starter Edward Cabrera, making his 13th career start, wasn’t scored on, but he lasted just four innings due to a high pitch count. He allowed three hits and two walks, striking out seven. He did that in 91 pitches, including 56 for strikes.

Dylan Floro worked out of a two-on, no-out jam in a scoreless ninth to earn his third save of the season.

Miami opened the scoring in the second inning on Fortes’ first homer, a 416-foot shot to left-center.

The Marlins made it 2-0 in the third as Peyton Burdick walked, went to second on Luke Williams’ single and scored on Jesus Aguilar’s double that took a bad hop and went by Machado at third base.

Miami extended its lead to 3-0 in the fourth as Fortes homered again, this time on a first-pitch changeup from Manaea.

Miami got its lead back in the bottom of the seventh against Luis Garcia (4-6) as Fortes hit a leadoff single, advanced on a groundout and scored on Burdick’s RBI double to right.

San Diego threatened in the eighth as Wil Myers stroked a leadoff double. But on Trent Grisham’s flyout, Myers was thrown out at third base by right fielder Brian Anderson.