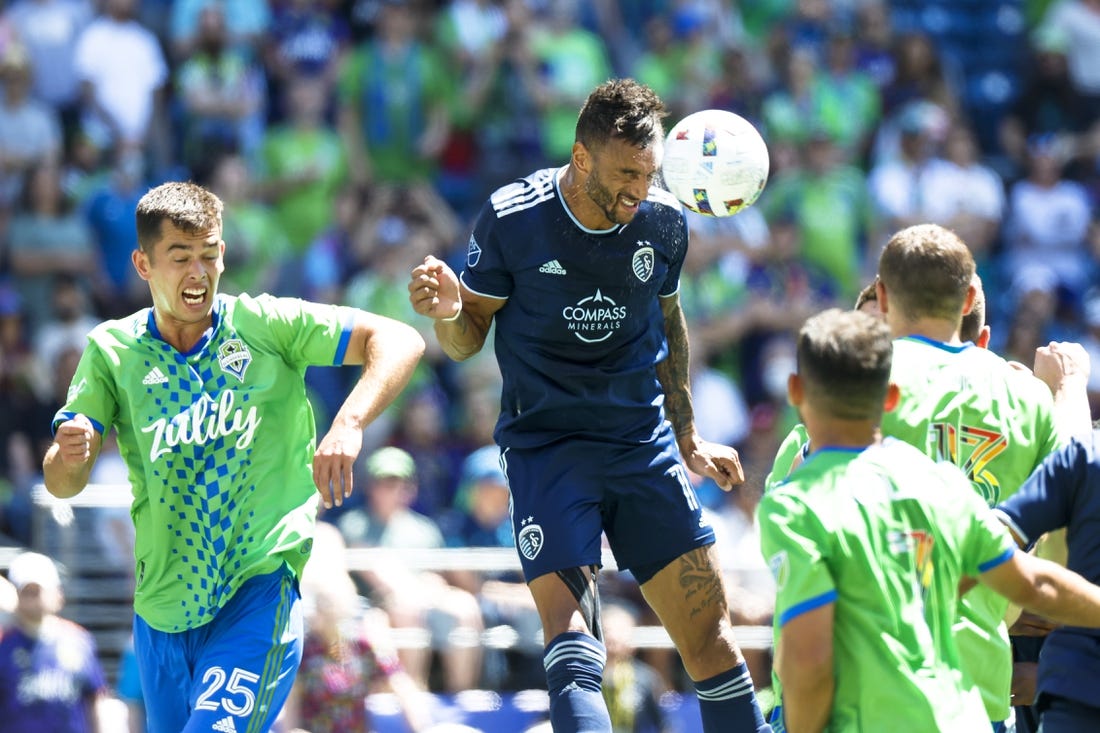 Seattle Sounders FC have little margin for error on Sunday when they visit Sporting Kansas City.

The Sounders (12-16-4, 40 points) are 2-1-1 in their last four matches and reside five points behind seventh-place Minnesota United entering play this weekend.

Seattle would be eliminated from postseason contention with a loss or draw on Sunday. The Sounders also can be booted from the playoff chase with a Los Angeles Galaxy win or draw versus Real Salt Lake, a Portland Timbers win or draw vs. Los Angeles FC and a Minnesota win at the San Jose Earthquakes.

Seattle forward Will Bruin is keeping the faith although his team faces an uphill climb.

“I’ve been in MLS long enough that I know if you’re not mathematically eliminated, there’s still hope,” Bruin said following the Sounders’ 1-1 draw against FC Cincinnati on Tuesday. “I was just looking: We’re five points out of the playoffs right now, six points for us to get in. That’s all of our focus, all we can control right now.

“… All we know is it’s a mandatory six (points) for the last two games, with some help.”

Bruin joined Jordan Morris and Cristian Roldan in scoring a goal to propel Seattle to a 3-0 win over Sporting Kansas City on June 25.

Sporting Kansas City (10-15-7, 37 points), however, enter Sunday’s match with a six-match unbeaten run (4-0-2) and five-match home winning streak. The club also has scored 21 goals in its last eight games after mustering just 19 in its previous 24.

Agada has seven goals in his last eight games to match Daniel Salloi’s season total, which is one shy of captain Johnny Russell for the team lead.