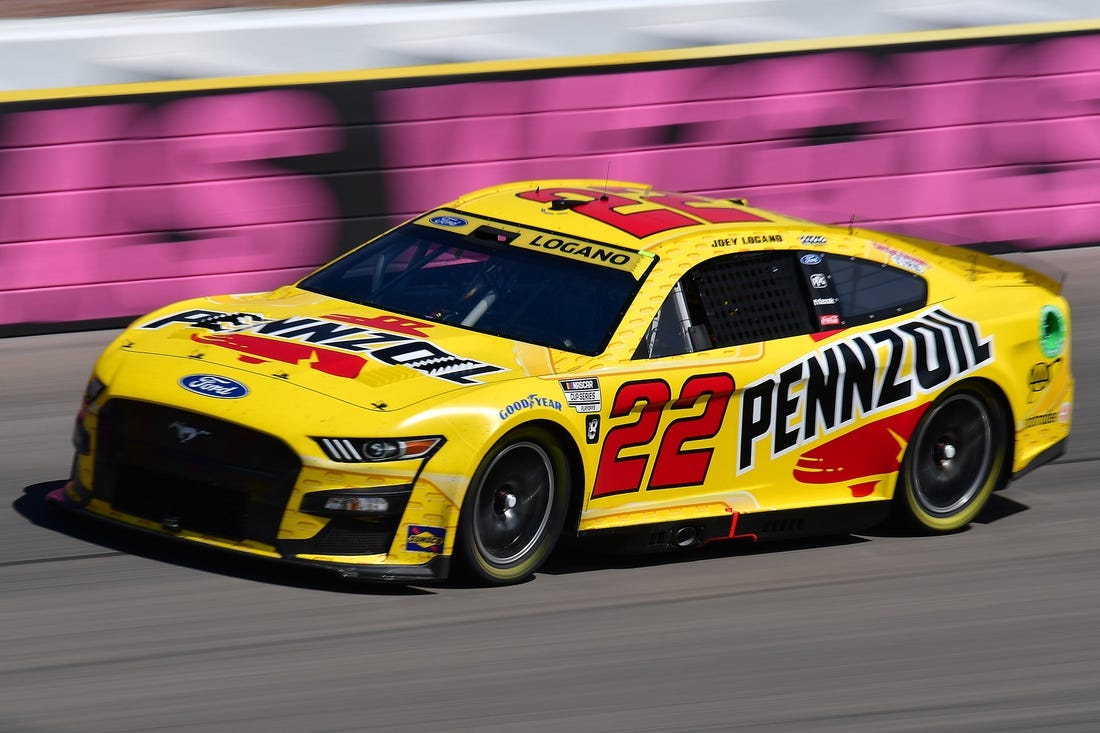 The NASCAR Cup Series run for the championship makes its only stop of the season in South Florida this weekend with the Dixie Vodka 400 on Sunday.

It is the second race in the Round of 8 to determine which four drivers will advance to the Championship 4 season finale in Phoenix.

Joey Logano became the first of the four to advance to the Championship 4 Round with an impressive win in a dramatic race last week at Las Vegas, outdueling fellow championship contender Ross Chastain for the victory.

Chastain is now second in the Playoff standings heading into Homestead with regular season champion Chase Elliott in third and Denny Hamlin holding the important fourth and final position to transfer to the next round on points.

William Byron trails Hamlin by only six points while Chase Briscoe is only 9 points behind the cutoff and Ryan Blaney is 11 points back.

BEST BETS
Denny Hamlin (+700 at BetMGM)
Hamlin is the winningest active driver at Homestead-Miami with three victories. He is also highly consistent, scoring top-10 finishes in 11 of his 17 starts. His 10th place average finish is second only to Elliott.

“I feel like the driver can make a difference just with the different lines you can run,” he said. “So I think that fits into our strength on top of just how strong we have been on these types of tracks this year.”

Tyler Reddick (+700)
He was the runner-up at Homestead last year, was fourth in 2020 and has never finished worse than fourth at the tracks. Reddick also posted a runner-up at the Southern 500 last month.

Joey Logano (+1000)
Teams got a rare mid-season opportunity to test the Next Gen car at Homestead-Miami Speedway in September and only Austin Cindric was faster than Logano during the two-day session. Logano is third at the sportsbook, having drawn 5.9 percent of the total winning bets.

Chase Elliott (+1000)
Elliott has had an up-and-down playoff run and is looking to regain form. He boasts the top average finish (9.0) among the eight playoff drivers at Homestead even as he races for his first victory there. Elliott is BetMGM’s third-biggest liability this week as he has been backed by 9.0 percent of the total bets and 10.5 percent of the money.

Kyle Larson (+1000)
Larsen is third at BetMGM with 10.3 percent of the money backing him, and for good reason. He has four top-5 finishes in his past six Homestead starts.

Ross Chastain (+1000)
Although Homestead is essentially the Floridian’s “home track,” Chastain has struggled there in the past. In three NASCAR Cup Series starts his best finish is 17th last year and his 28.3 average finish is worst among the playoff drivers – although it should be noted two of those starts were not with competitive teams.

William Byron (+1200)
Byron is the defending champion at Homestead and also won at the track in the Camping World Truck Series in 2016. He is the sportsbook’s biggest liability as Byron is tied with Elliott with 9.0 percent of the total bets backing him and is first by a large margin with 15.0 percent of the money.

Christopher Bell (+1200)
Bell was collected in the well-publicized tussle between Bubba Wallace and Kyle Larson last weekend, and the resulting DNF leaves Bell 23 points behind his teammate Hamlin for that last Championship 4 position. He won the 2017 NASCAR Camping World Truck Series championship at Homestead.

Kyle Busch (+1200)
Busch is the only other multi-time winner at Homestead with a pair of victories among six top-6 finishes in his past seven starts. He enters the week coming of a pair of top-5 finishes in the playoffs.

Chase Briscoe (+2800)
Briscoe has won in both the Xfinity Series (2020) and the Camping World Truck Series (2017) at Homestead and calls it his favorite track. He enters the week on a string of four consecutive top-10 finishes.

Erik Jones (+5000)
Jones opened at +6600 but his odds shortened dramatically as he is the third biggest liability with 5.6 percent of the bets and 5.2 percent of the money backing the longshot. Jones won at Darlington last month and was third at Homestead in 2019.