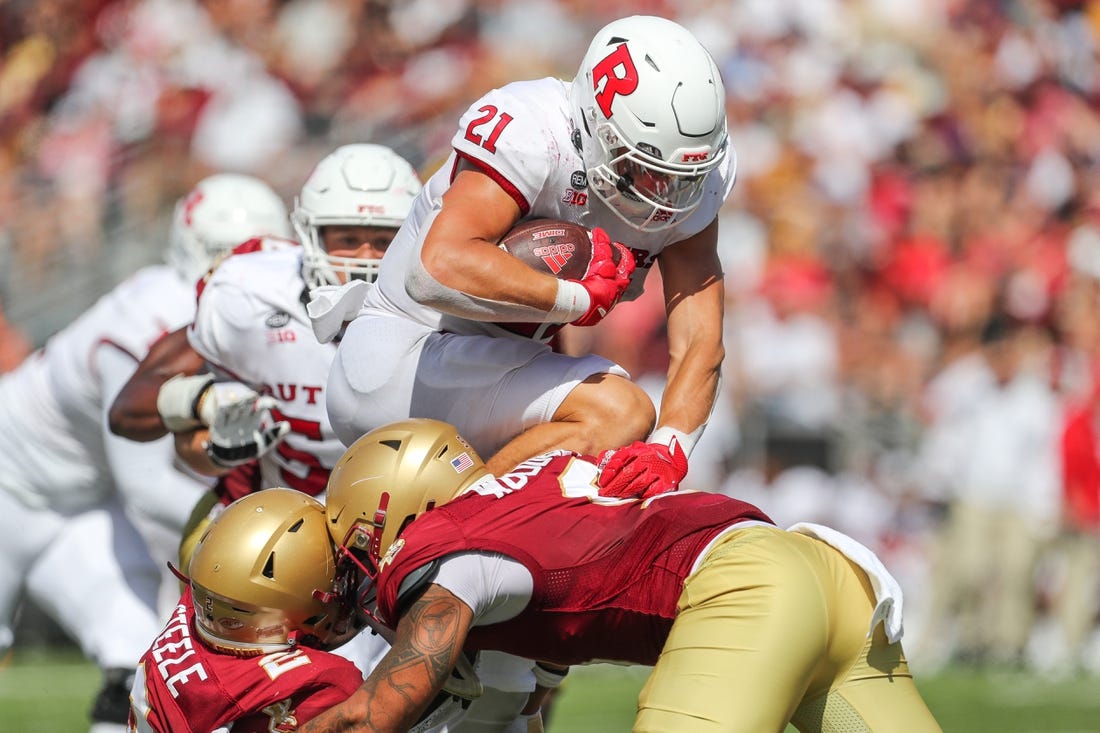 No starting quarterback last week for Rutgers? No problem.

Rutgers will look to win a second consecutive game to open the season Saturday afternoon, when the Scarlet Knights are scheduled to host Wagner in Piscataway, N.J.

With projected starting signal-caller Noah Vedral out with an upper body injury, Rutgers head coach Greg Schiano mixed and matched at quarterback — where three different players took snaps on the opening drive — and relied on the running game to mount the comeback against Boston College.

Evan Simon, Gavin Wimsatt and Aron Cruickshank combined to go 13-of-22 for 110 yards and no touchdowns. Another player who lined up at quarterback, converted tight end Johnny Langan, didn’t attempt a pass.

“I wish I could say to you that it’s all planned with this many plays for this guy, but I don’t usually do that,” Schiano said. “We have a plan to start the game, but you never know. Every game is its own story.”

The Scarlet Knights rushed for 212 yards, including all 96 yards on the game-winning fourth-quarter touchdown drive. Al-Shadee Salaam capped the march with consecutive rushes of 23 and 22 yards to give Rutgers its only lead of the game.

The Scarlet Knights are looking to open 2-0 for the second straight season. They started last year 3-0 before finishing the regular season at 5-7 and eventually accepting an invitation to the Gator Bowl against Wake Forest as a last-minute replacement for Texas A&M.

Wagner, which plays in the Northeast Conference, enters Saturday on a 21-game losing streak. The Seahawks’ most recent win was a 24-14 victory over Long Island University on Sept. 28, 2019.

Wagner head coach Tom Masella has been optimistic since training camp began with 144 players. The Seahawks, who lost three games by 10 points or fewer last season, led Fordham 28-20 midway through the third quarter before the Rams scored 28 unanswered points.

“All these things are a positive compared to where we were a year ago,” Masella told the Staten Island Advance in late August. “It doesn’t get bad overnight and you don’t rebuild it overnight.”

Wagner was picked to finish tied for sixth with Long Island in the eight-team Northeast Conference.

Though the schools are located fewer than 30 miles apart and have both been playing football continuously since Wagner — located on Staten Island — began playing the sport in 1927, Saturday’s game marks the first between the programs.