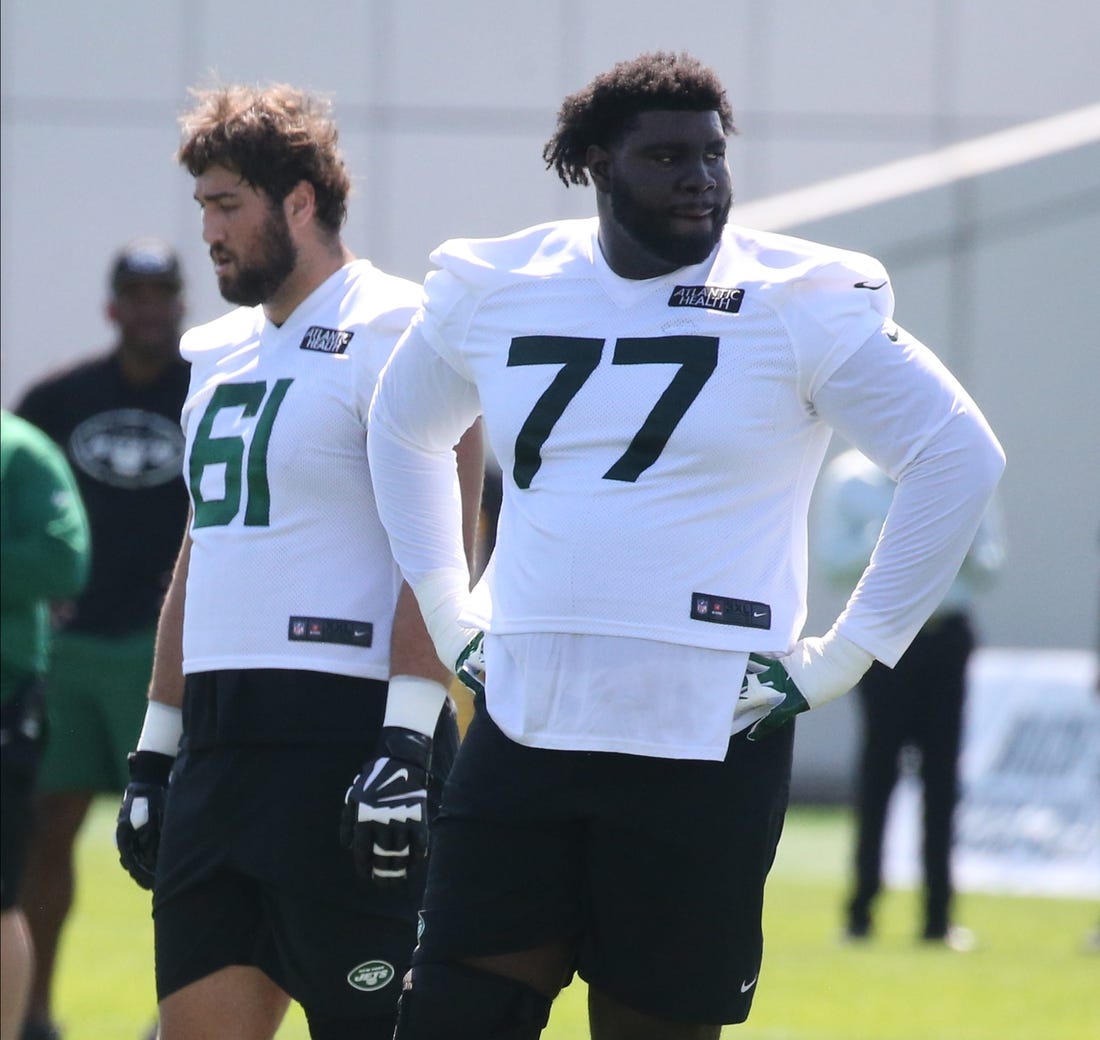 The New York Jets officially moved Mekhi Becton to right tackle on Wednesday, opting to keep George Fant at left tackle — the position he took over in 2021 after Becton was injured.

Becton, 23, sustained a dislocated right kneecap and MCL sprain in Week 1 of the 2021 season. He struggled to recover and it ultimately ended his season. In stepped Fant, who played well on the blind side.

“George feels much more comfortable on the left side,” Jets coach Robert Saleh said Wednesday. “He’s got the athleticism to play the left side, as does Becton. It was just a better combination.”

The Jets selected Becton No. 11 overall in the 2020 draft and he went on to start 13 of 14 games at left tackle in his rookie season.

“Whether it’s left or right, I don’t really care as long as I’m on the field,” Becton said.

The Jets activated Becton from the physically unable to perform list on Tuesday as they opened camp in Florham Park, N.J.

Becton reportedly ballooned to nearly 400 pounds while injured. But the Jets listed him at 363 pounds in a news release Tuesday and he looked noticeably trimmer on Wednesday.

“I’m not going to get too much into the weight, but he got himself into football shape,” Saleh said. “He’s a gifted athlete, a gifted man. I’m really excited about the direction he’s going.”