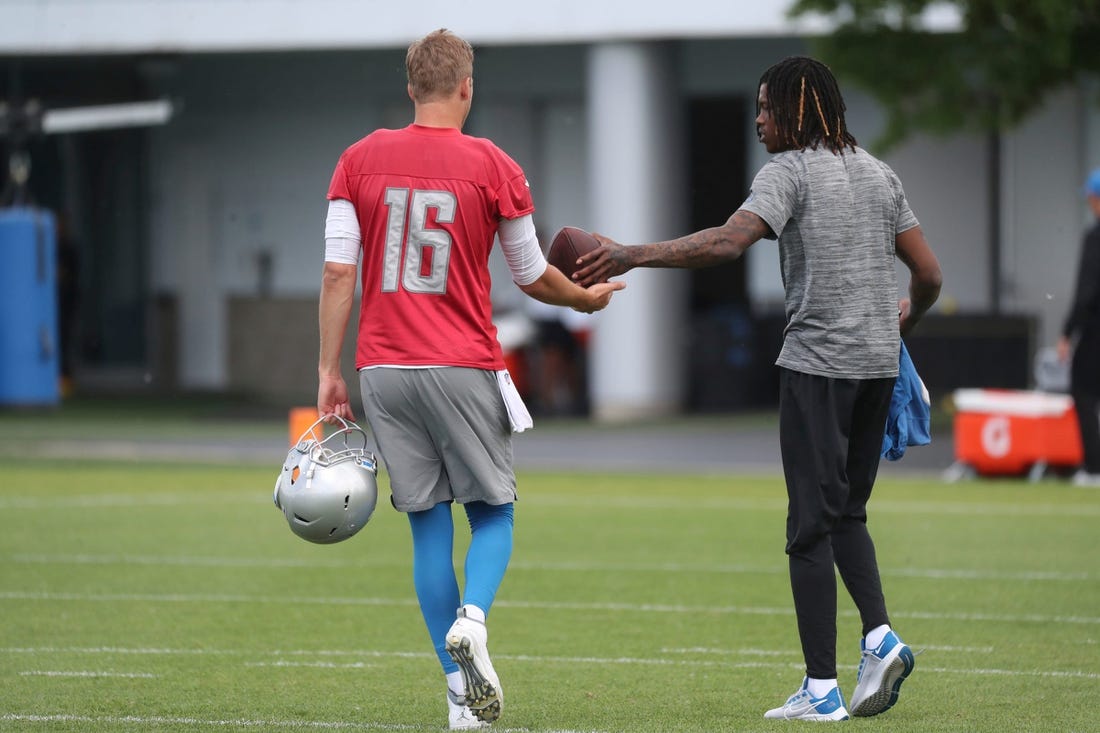 Rookie wide receiver Jameson Williams took the field for practice with the Detroit Lions on Monday, marking the debut of the 12th overall pick in the 2022 NFL Draft.

The Lions have 21 days to activate Williams from non-football injury list (NFI) to the active roster.

Williams, 21, started the season on the NFI list, rehabbing a torn ACL suffered in the College Football Playoff championship game while playing for Alabama against Georgia in January.

Williams was a big-play threat for the Crimson Tide with four TD receptions of 70-plus yards. The Lions took on the risk despite his injury, trading up 20 spots to select Williams in the first round.

Head coach Dan Campbell said last week that Williams was close, but projected he would return after the Week 12 Thanksgiving Day game with the Buffalo Bills.

“I don’t know if that would be the Jacksonville week or the week after. It could be (Thanksgiving) week, it’s just we’re not doing a ton, but he’s close. We’ll see where it goes. He’s progressing, there’s no setbacks,” Campbell said.