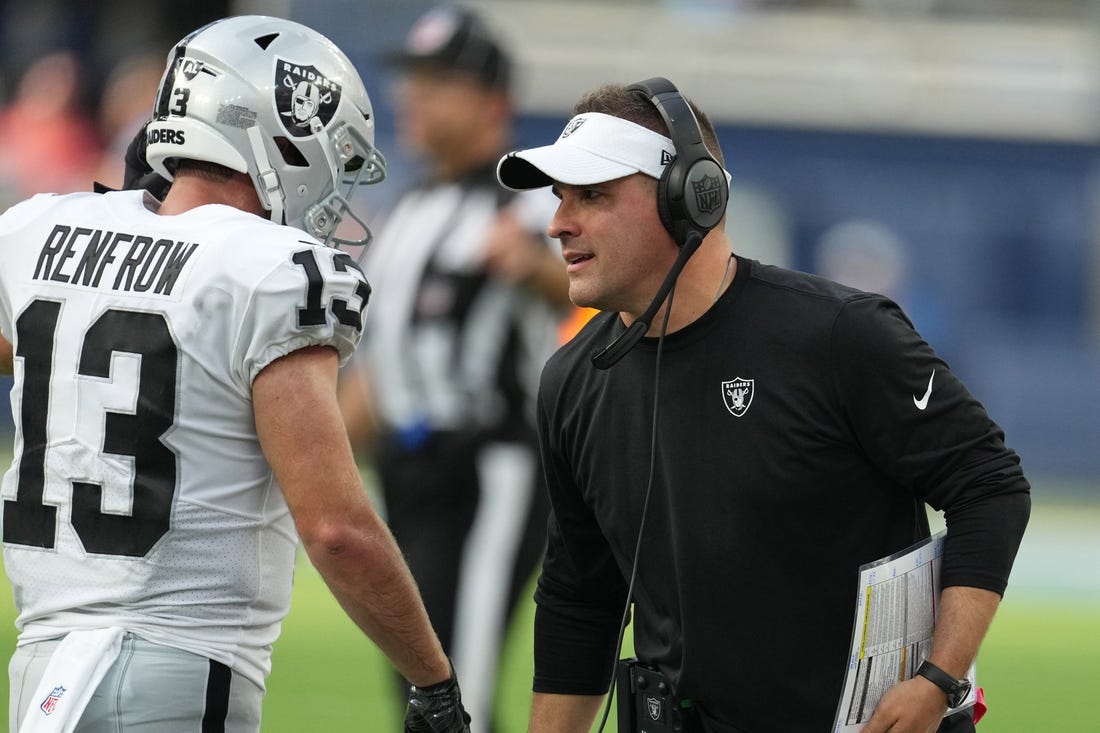 In a battle of two desert teams thirsty for a win, the Arizona Cardinals visit the Las Vegas Raiders on Sunday with each team looking to bounce back after a Week 1 loss.

The Cardinals (0-1) were on the wrong end of a 44-21 rout at the hands of the visiting Kansas City Chiefs, while the Raiders fell behind 17-3 in the first half and never got closer than five in a 24-19 loss to the Chargers in Los Angeles.

First-year Raiders head coach Josh McDaniels figures his team will see a different Arizona team than the one that totaled only 282 yards on offense while allowing 488 to Kansas City.

“We’re going to play another good team this week and so if we do the right things, we’ll have a chance,” McDaniels said. “And if we don’t and we put ourselves in a hole, it’ll be hard.

“Learning how to win is not something you get to carry over from one year to the next, not as a coach and not as a team. That’s something that you acquire through work and trust and repetition and habits. I really believe that and so we’re going to work hard at it again this week.”

Cardinals head coach Kliff Kingsbury appeared shell-shocked his team’s play and said his players need to play with a sense of urgency.

“I think with our locker room leadership and what happened last week, our focus is solely on winning the game and trying to be dramatically better than we were last week,” Kingsbury said.

The defense played without a third cornerback in the opener because of injuries, and it showed against Chiefs quarterback Patrick Mahomes. The Cardinals hope Trayvon Mullen Jr. (toe) might be ready to play, but he was a limited participant in practice on Wednesday. Arizona acquired Mullen in a trade with the Raiders last month.

Quarterback Kyler Murray and the offense will also face an old friend in the person of Chandler Jones, who left the Cardinals in the offseason as a free agent. In his only game against Arizona, he picked up a sack and forced a fumble in 2012 when he was with the Patriots.

Both offenses also feature former college teammates who reunited in the offseason.

Murray hopes to establish a rhythm with wide receiver Marquise Brown, his college teammate at Oklahoma, while Derek Carr and wide receiver Davante Adams continue their post-Fresno State journey. Each pass-catcher had a touchdown in their debut with their new team, but Adams had the bigger day with 10 receptions for 141 yards. (Brown had four grabs for 43 yards and his score.)

Neither team ran the ball effectively in Week 1, though, as Raiders running backs Josh Jacobs and Brandon Bolden combined for 64 yards on 13 carries, while Arizona’s James Conner and Eno Benjamin totaled 14 carries for 54 yards.

The Raiders (0-1) do have to be mindful of the scrambling ability of Murray, who finished as the Cardinals’ leading rusher last Sunday with 29 yards.