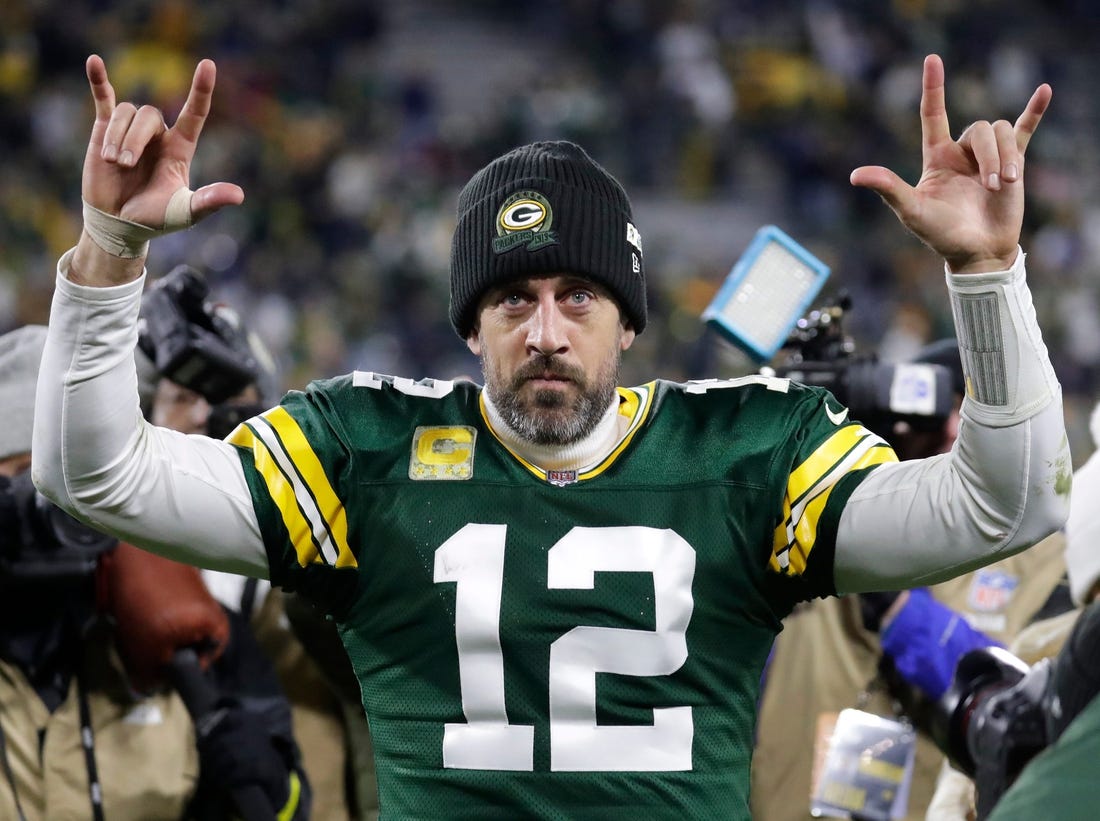 The Green Bay Packers are eager to find out whether or not their offense can keep rolling when they play host to the Tennessee Titans on Thursday night.

The Packers (4-6) snapped a five-game losing streak in stunning Dallas last week, while the Titans (6-3) also came from behind to beat Denver.

Green Bay has won two of the past three meetings in the series, including a 40-14 home romp over Tennessee during Week 16 of the 2020 season.

The winning team has scored 40 points or more in four of the past five meetings, a run that dates back to 2004.

Maintaining the trend Thursday might take some doing. Tennessee has scored no more than 24 points in a game this season, while 31 points is the high-water mark for Green Bay.

Despite the Titans sitting atop the lowly AFC South while the Packers are just trying to stay in playoff contention, Green Bay is a consensus 3.5-point favorite at home.

Green Bay moved from a 3.0-point favorite to 3.5 on Wednesday at BetRivers, where it has been backed by 61 percent of the money.

PROP PICKS
Titans RB Derrick Henry Anytime TD Scorer (-195 at BetRivers): This prop is worth shopping around for, with BetRivers offering slightly better odds than some other sportsbooks. It has been the most popular player prop at BetRivers, drawing 4.2 percent of the total game tickets along with 2.0 percent of the money. The Packers rank ninth in total defense, but that’s on the strength of their pass defense. Green Bay is 26th in allowing an average of 140.6 yards per game on the ground.

Packers RB A.J. Dillon Over 33.5 Rushing Yards (-120 at DraftKings): Green Bay topped 200 yards rushing for the third time this season against Dallas while starting the same offensive line in consecutive games for the first time this season. Expect that trend to continue, especially in cold prime-time conditions. Aaron Jones led the way with 24 carries last week, but Dillon still managed 65 yards on 13 touches. Tennessee also will be without two starters and a key reserve on defense.

Under 41 Total Points (-108 at BetRivers): The Titans are averaging only 18.4 points per game. Only two of 140 playoff teams since 2002 have averaged that few. Meanwhile, the Packers’ recipe for success likely hinges on quarterback Aaron Rodgers playing an unfamiliar complementary roll to the two-headed ground game. Green Bay also averaged only 15.8 games during its losing streak.

PREDICTION
The Packers’ furious rally to upset the Cowboys kept their playoff heartbeat ticking but this is still a team with significant issues. It will be close, especially at home against a Titans team that also struggles to put points on the board, but Tennessee’s stout defense will better control field position. –Titans 20, Packers 19

No. 23 Mississippi State looks to stay perfect vs. Minnesota

DePaul looks for cure to slow starts against rebuilt UTEP