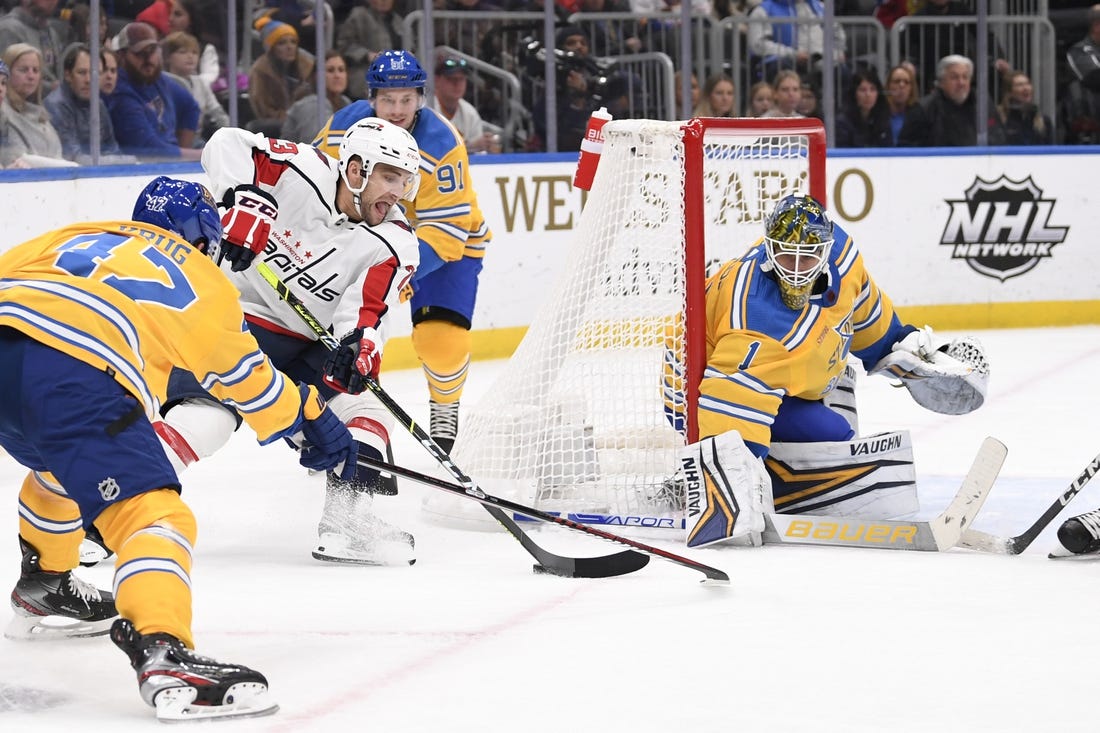 Thomas Greiss made 47 saves plus five shootout stops as the resurgent St. Louis Blues edged the Washington Capitals 5-4 for their fifth straight victory.

Pavel Buchnevich scored in regulation and notched the decisive shootout goal in the sixth round for the Blues. Brayden Schenn, Torey Krug and Ryan O’Reilly also scored, and Vladimir Tarasenko had two assists.

John Carlson scored twice, Alex Ovechkin had a goal and two assists and Conor Sheary also scored for the Capitals, who are 2-5-3 in their last 10 games.

Dylan Strome had two assists for Washington, and Charlie Lindgren made 20 saves.

The Blues struck quickly: Schenn scored off the rush less than five minutes into the game.

Buchnevich made it 2-0 just 2:14 later, with a wraparound goal. Tarasenko created the scoring opportunity with a well-placed dump-in from his own blue line.

Capitals coach Peter Laviolette tried to settle his team by using his timeout, but the Blues kept swarming. St. Louis increased its lead to 3-0 with 8:11 left in the period on Krug’s power-play point shot.

Washington rallied in the second period, outshooting the Blues 18-9. Ovechkin cut the Blues’ lead to 3-1 after Strome located him unattended in front of Greiss.

When the Blues got careless on a power play, Carlson converted a two-on-one short-handed rush to cut Washington’s deficit to 3-2.

But just 26 seconds later, O’Reilly increased the Blues’ lead to 4-2 with a backhand shovel shot that beat Lindgren over his shoulder on the short side.

The Capitals swarmed the Blues in the third period, outshooting them 22-3 and scoring twice to tie the game 4-4.

Carlson scored his second goal with 4:15 left on a six-on-four power play, with Lindgren pulled for an extra attacker. Then Sheary scored with 3:03 left to force overtime and the shootout.