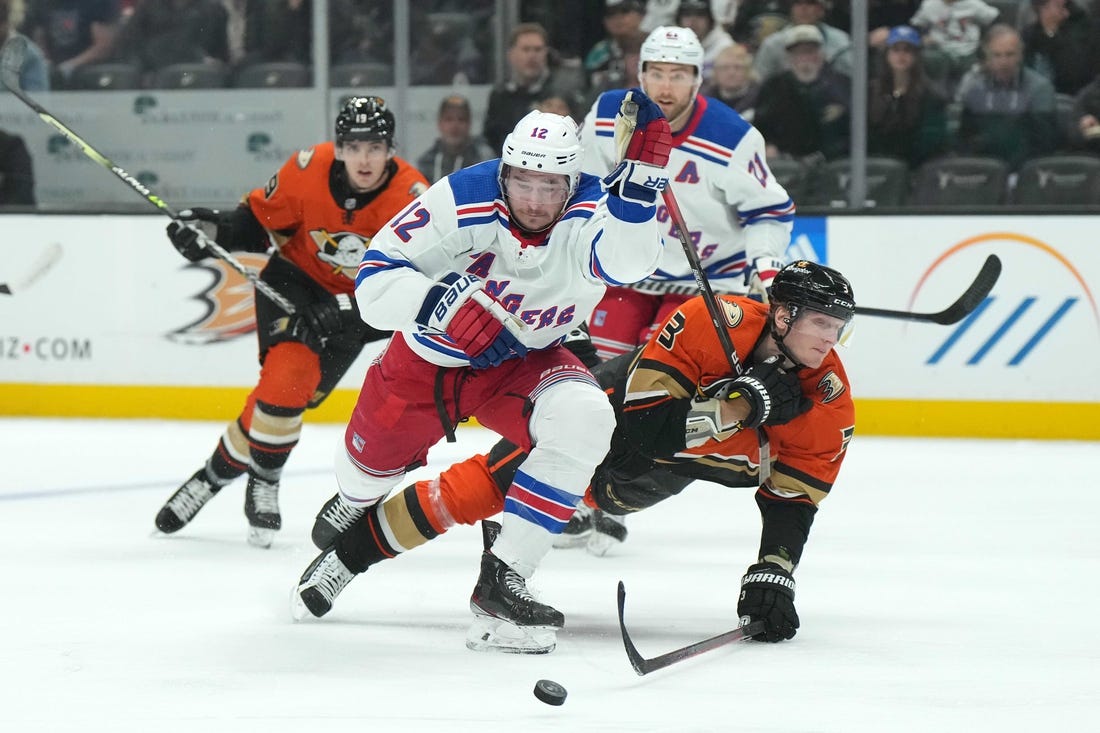 Dmitry Kulikov and Troy Terry scored in the second period and the host Anaheim Ducks held on for a 3-2 victory over the New York Rangers on Wednesday to become the final team in the NHL with a regulation victory this season.

Mason McTavish also scored for the Ducks, who entered with five victories, all in either overtime or in a shootout, over 19 games. Anaheim avoided matching the 2017-18 Arizona Coyotes for most games to start a season without a victory in three periods, 20 straight.

John Gibson made 41 saves as the Ducks ended a three-game losing streak.

Barclay Goodrow and Braden Schneider scored goals for the Rangers, who fell short of matching a season-best, three-game winning streak. New York entered with three victories in its past four games and was on a four-game points streak (3-0-1).

The game was tied 1-1 after the first period, and Ducks scored twice in the opening 5:25 of the second. Kulikov tallied at 39 seconds of the middle period, his second of the season, when he threw a puck on goal from the right boards and it trickled through Halak and across the line.

Terry followed with a blast off a pass from Trevor Zegras, beating Halak over his right shoulder for a 3-1 advantage. It was Terry’s eighth of the season.

Schneider pulled the Rangers within a goal when he scored at 18:06 of the second period, his second.

The Rangers took a 1-0 lead at 8:51 of the opening period when Goodrow picked up a Ducks turnover at his own blue line and split two Anaheim players up the center of the ice to score past Gibson.

The Ducks needed just 31 seconds to tie the score. McTavish picked up a loose puck following a shot from Brett Leason and beat Halak on the glove side. It was the third goal of the season for the 19-year-old center.