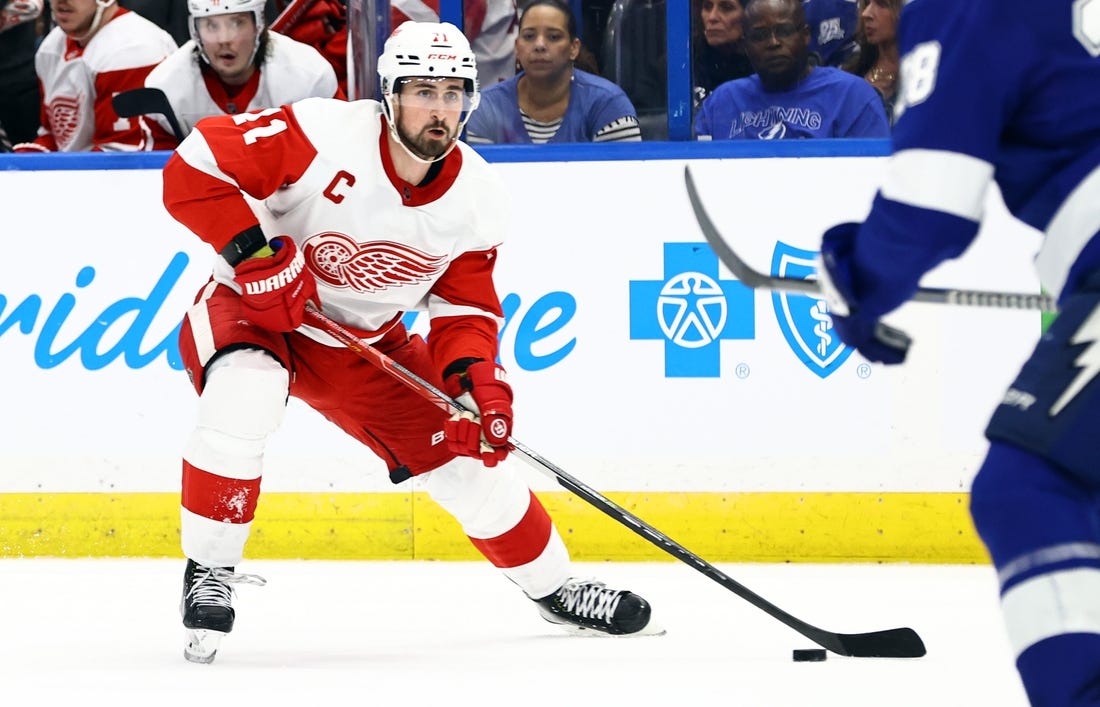 Following one of their best victories of the season, the Detroit Red Wings threw in a clunker.

They will look to finish off a four-game road trip on a high note when they visit the Dallas Stars on Saturday afternoon.

The Red Wings started off the trip with 4-2 victories over both the Columbus Blue Jackets and Tampa Bay Lightning. A participant in the last three Stanley Cup Finals, the Lightning were held scoreless for nearly 55 minutes.

It was a much different story on Thursday, as the Red Wings gave up four second-period goals in a 5-1 loss to the Florida Panthers.

“We didn’t give ourselves much of a chance,” Red Wings coach Derek Lalonde said. “Turnovers, lost battles, lost battles at the blue line. We had poor gaps, we retreated. Really disappointing and a really easy night for Florida. It’ll be interesting to see how our guys respond from this.”

The Panthers had 41 shots on goal, more than twice what the Red Wings were able to produce (20). The only goal Detroit could muster was rookie Jonatan Berggren’s power-play conversion amid Florida’s second-period onslaught. Berggren has three goals in the last five games.

“It was one of those nights,” Detroit center Dylan Larkin said. “Not a bad start, we just really lacked any grit in their zone all night, we didn’t sustain pressure, we didn’t win battles.”

Backup goaltender Alex Nedeljkovic had another rough night. He’s given up four or more goals in six of his last seven starts.

“We didn’t give him any chance at all,” Lalonde said. “If we play our game, play the way we’re capable of, we give ourselves a chance. We didn’t.”

The Stars will complete a five-game homestand on Saturday. They’re 2-1-1 during that stretch, including a 4-3 overtime victory against Ottawa on Thursday.

Nils Lundkvist tied the game with just over five minutes left in regulation and Tyler Seguin won it with 29 seconds remaining in OT.

Wyatt Johnston stole the puck along the boards in Ottawa’s zone and fed Seguin for the game winner.

“(Johnston) makes the play, a second effort to get the puck back,” Stars coach Pete DeBoer said. “A great play by a young guy. If he wasn’t our best forward, he was in that conversation, so he deserved to be out there.”

Seguin went nine games without scoring. After scoring 24 goals last season, he has five goals in 27 games this season.

“It’s a funny game,” Seguin said. “I feel like I’m playing well the last couple games, a lot of chances, no finish. (Thursday), I thought I (stunk) and scored the overtime winner. Definitely felt good.”

In the Stars’ previous game, they were blanked 4-0 by Toronto. Maple Leafs goaltender Mike Murray stymied them by making 44 saves.

Miro Heiskanen scored twice in the first seven minutes against the Senators.

“Miro’s adding layers to his game,” DeBoer said. “We’re asking an awful lot of him: defend, score, play 28 minutes, do everything. I’m a little worried about wearing him out, overusing him, asking too much of him, because it’s a long season. But he’s a great player and he can do just about anything out there.”

This will be the first of two meetings between the Wings and Stars. They won’t play the rematch in Detroit until April 10.