No. 10 Indiana hands No. 18 UNC its third straight loss 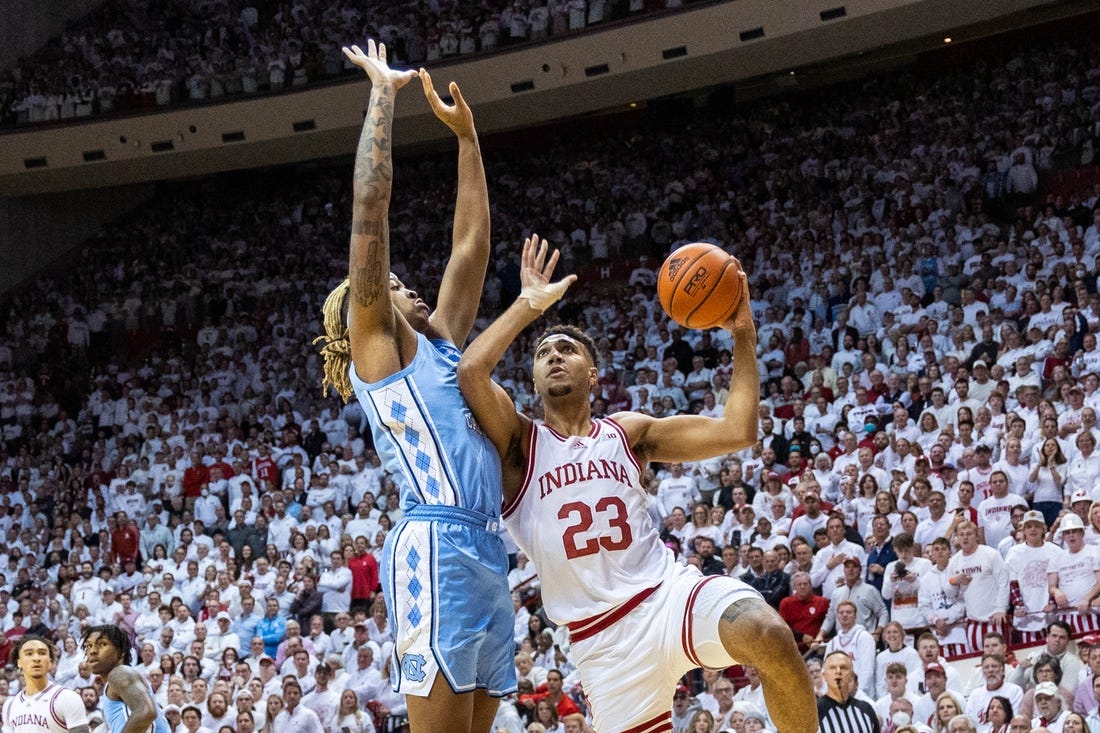 Trayce Jackson-Davis pumped in 21 points, grabbed 10 rebounds and blocked four shots for No. 10 Indiana, which was in control throughout most of a 77-65 win over No. 18 North Carolina on Wednesday in Bloomington, Ind.

Xavier Johnson had 20 points, including seven on free throws in the last 69 seconds, and Jalen Hood-Schifino provided 14 points in what could be a huge statement from the Hoosiers (7-0) in the ACC/Big Ten Challenge matchup.

Trey Galloway came off the Indiana bench to rack up 11 points on 5-for-7 shooting from the field.

It marked more trouble for North Carolina (5-3), which reached the national championship game last spring and now will exit November with three consecutive losses in the new season. It’s the program’s first three-game skid since a seven-game skid in February 2020.

North Carolina, which was the preseason No. 1 team in the country and held that spot until Monday’s new poll, was coming off losses to Iowa State and Alabama in Portland, Ore.

Indiana won despite shooting only 3-for-13 on 3-point attempts. The Hoosiers were solid with ballhandling, however, committing only eight turnovers.

Jackson exceeded the 20-point mark for the third time this season.

The Hoosiers kept applying pressure and extended their lead to 52-39.

North Carolina failed to sustain rallies. The Tar Heels were within 59-52, but missed a free throw and then failed to score on their next two possessions.

The Tar Heels shot only 28.6 percent in the first half, though they made 4 of 8 on 3-point attempts. That put them at 4-for-20 inside the arc, though they were saved by 9-for-14 shooting on free throws compared with Indiana’s 3-for-6. Nance had 11 points at the break.

Indiana improved to 5-2 all-time in home games vs. the Tar Heels. The Hoosiers have won four of five meetings between the teams in the ACC/Big Ten Challenge.