No. 11 TCU blows out cold-shooting Oklahoma 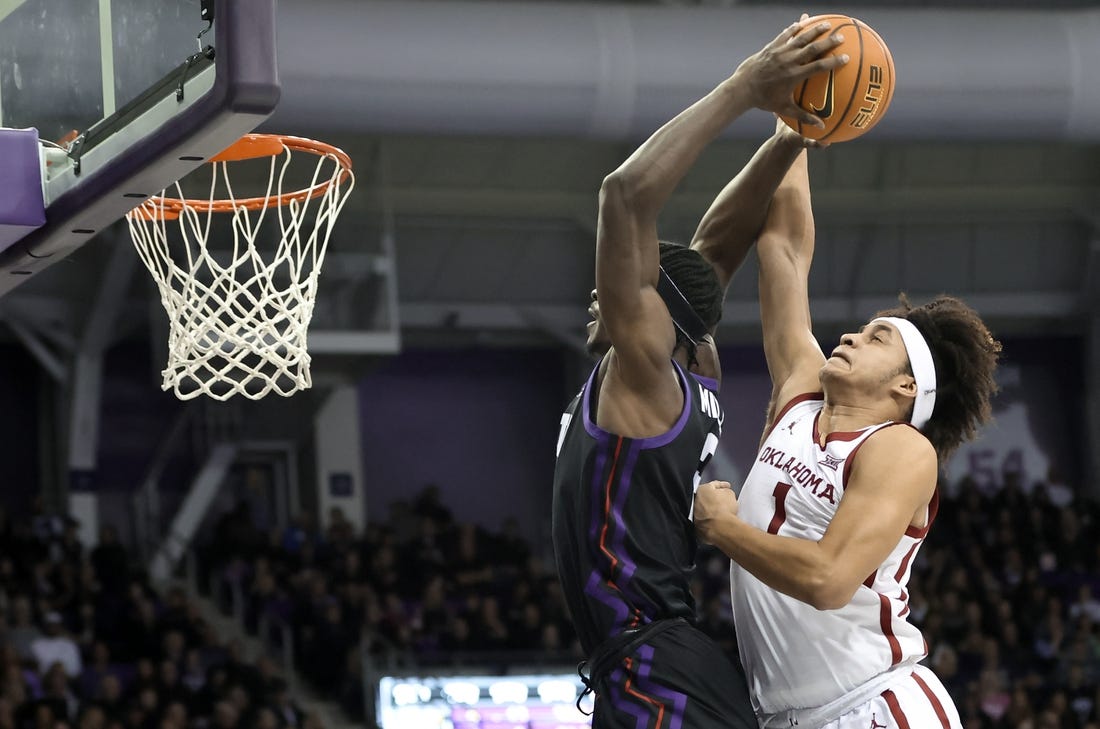 Mike Miles scored 23 points to lead No. 11 TCU to a 79-52 victory over Oklahoma on Tuesday in Fort Worth, Texas.

Miles put up eight points during the Horned Frogs’ 16-3 start as TCU took control from the beginning.

CJ Noland led the Sooners with 11 points, while Sam Godwin had nine points and a team-best seven rebounds.

Oklahoma shot just 31.3 percent from the field, its worse shooting performance since hitting 28 percent against Texas on March 3, 2020.

Sherfield scored just five points on 2-of-11 shooting, going just 1 of 8 from beyond the 3-point arc.

Groves had a season-low two points before fouling out with more than five minutes remaining.

The Sooners’ shooting woes continued throughout. Oklahoma missed eight of its last nine shots before halftime, and the Horned Frogs led 44-27 at the break.

The Horned Frogs continued to stretch their lead after halftime, scoring the first 11 points after the break as the Sooners missed their first nine shots of the second half.

Miles made all of his free throws in the first half, as he had 17 points at intermission.

The Horned Frogs outscored the Sooners 25-8 on fastbreaks.

After going 5 of 10 from beyond the arc in the first half, TCU was just 1 of 7 from long distance in the second half.