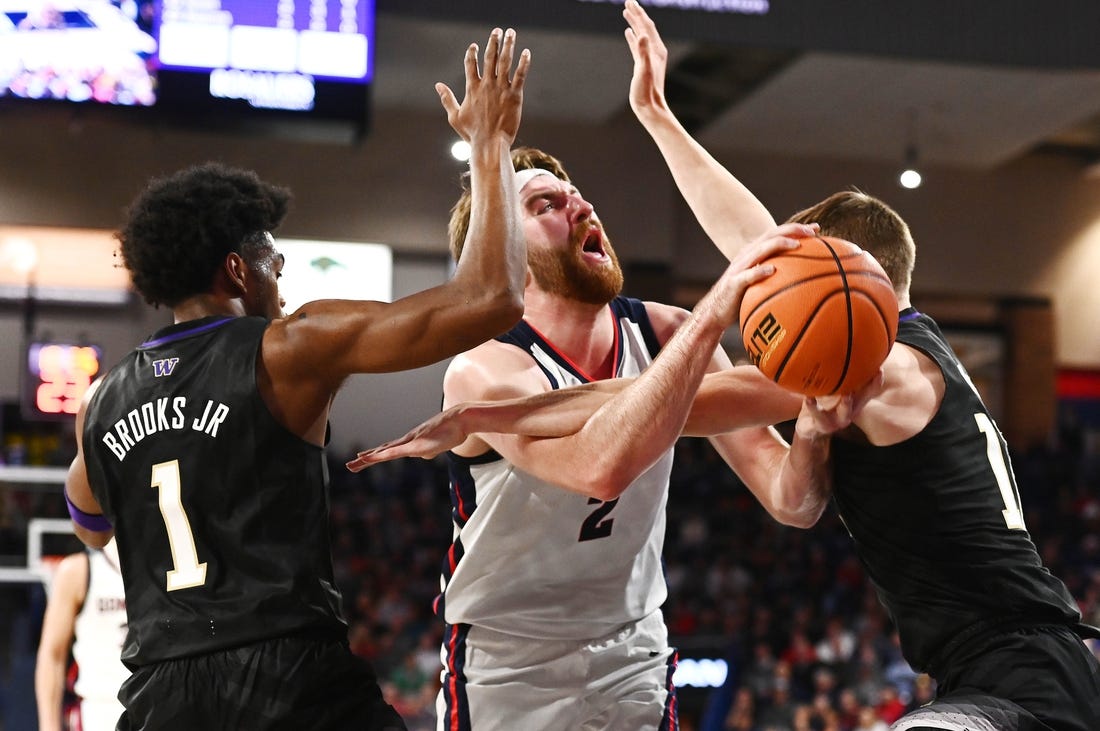 Drew Timme scored 22 points on 8-of-13 shooting, grabbed seven rebounds and added four assists as No. 18 Gonzaga overcame a slow start to defeat Washington 77-60 in a nonconference game on Friday in Spokane, Wash.

Julian Strawther added 18 points and 12 rebounds for the Bulldogs, who beat their in-state rival for the seventh consecutive time.

The Huskies got a scare when Fuller left the game with 5:37 remaining after twisting his left ankle injury as he landed on the foot of Gonzaga’s Anton Watson after making an off-balance shot from just outside the key.

It was the latest in a series of injuries for the Huskies, as starting guard Noah Williams (leg) hasn’t played since the opener and backup center Franck Kepnang (knee) was lost for the season last week. Fuller walked down the hallway to the locker room but returned with 3:49 left.

The Zags trailed 12-7 midway through the first half, missing 10 of their first 11 field-goal attempts and committing seven turnovers as they struggled to adapt to Washington’s zone defense.

Little-used Gonzaga 7-footer Efton Reid III made a hook shot with 9:49 left in the half to spark a 9-0 streak by the Bulldogs, with Hunter Sallis tying the score at 12-all with a 3-pointer off a turnover.

Strawther made a driving layup on a fastbreak and Reid sank a second-chance layup off another Washington turnover to cap the run.

Gonzaga made 13 of its final 19 shots from the field in the half to extend its lead to 36-26 by the intermission.