No. 23 Providence’s home win streak on line vs. Butler 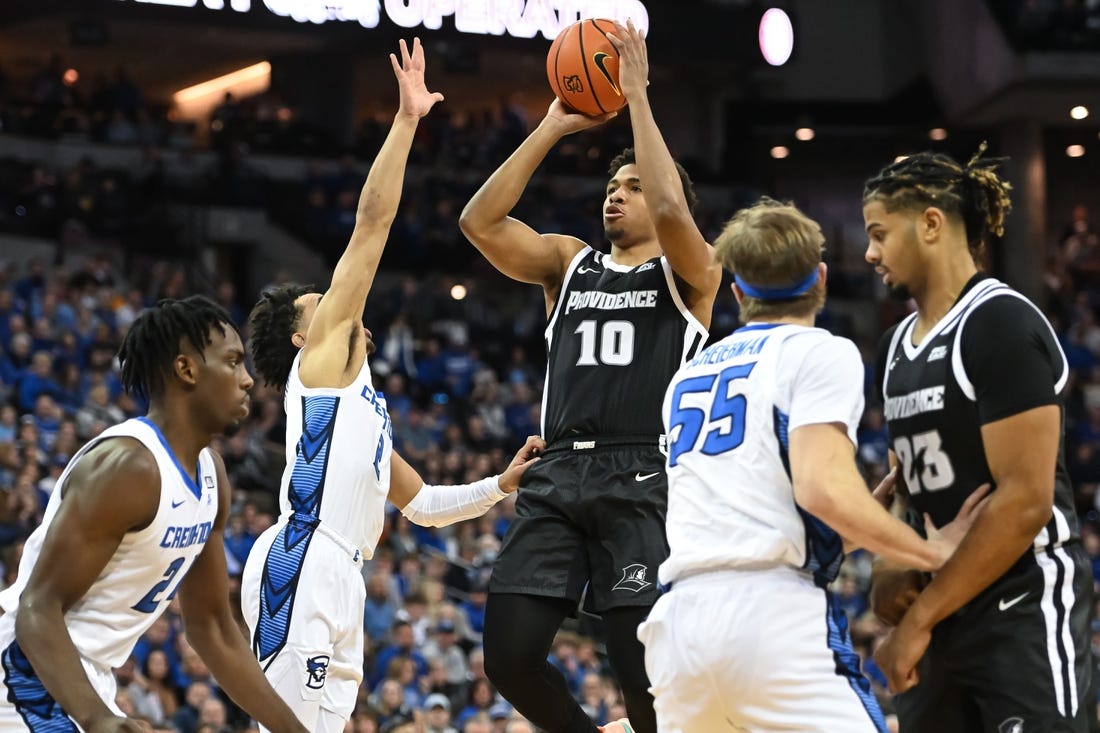 No. 23 Providence looks to head out for a two-game road trip on a winning note when it hosts Butler on Wednesday night.

The Friars (15-5, 7-2 Big East) have won their first four conference home games this season, continuing that trend with a 75-64 triumph over DePaul on Saturday. Providence is 11-0 at home this season and has won 13 straight home games dating back to last season.

Providence dropped one spot in this week’s AP Top 25 after losing to the Bluejays and the Golden Eagles.

In the bounce-back effort, a wire-to-wire win over the Blue Demons, Noah Locke led Providence with a career-high 29 points, sinking seven 3-pointers. Bryce Hopkins logged 20 points and a game-high 11 rebounds for his eighth double-double of the season and third in a row.

Those performances were crucial as the Friars await the return of Jared Bynum from an abdominal injury. He hasn’t played since Jan. 4 against UConn.

“We had to change a little bit of what we do in order to make sure we had an efficient offense,” Cooley said. “That’s why you come to school. You come here to be given an opportunity, and if something happens, you’ve got to be ready when your number is called.”

Though the Friars entered the week just a game out of first place in the league standings, they believe they can improve when Bynum returns to the lineup with full health.

“We’re not going to be a championship-level team until we’re full throttle,” Cooley said. “He’s a fifth-year senior who knows how to win and knows how to set the table.”

“We thought possibly he could go (Sunday),” Butler coach Thad Matta said of Bates. “Hopefully, we can get him back and get him healthy because we definitely need him. He’s a heck of a player, but he’s also kind of a leader for this team at times.”

Chuck Harris paced Butler with 16 points against UConn, scoring 14 of the team’s 23 in the first half. He also grabbed a career-high five steals.

The Bulldogs are hoping to have Bates back against Providence, the second straight Top 25 opponent they will face on the road.

Injuries have been a part of the story all season for Butler.

“We’ve kind of been doing this all year long with game-time decisions,” Matta said. “It’s not going really well for us right now.”

Providence has won the past five meetings between the teams, including a 72-52 decision Dec. 29 in Indianapolis. Devin Carter led the Friars with 21 points and four steals in that game, while Bates and Jalen Thomas had 12 points apiece for the Bulldogs.