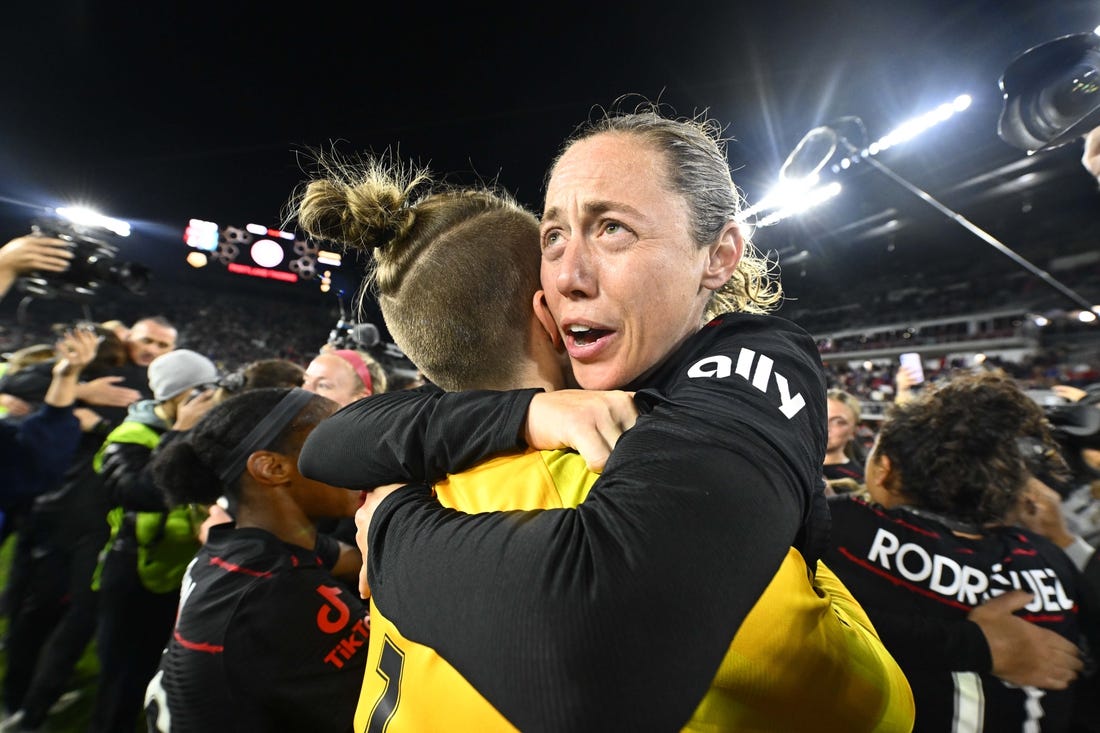 Sophia Smith scored an early goal and the Portland Thorns controlled play throughout the match while recording a 2-0 victory over the Kansas City Current to win the NWSL championship match on Saturday night at Washington, D.C.

Portland’s other tally came on an own goal by Kansas City’s Addisyn Merrick.

Portland is the first three-time champion in the NWSL’s 10-season history. The Thorns also won in 2013 and 2017.

“They’ve really connected in a way that is very special,” Portland coach Rhian Wilkinson said. “Today was not about doing anything extra and that was the beautiful thing. It was about just showing up and playing.”

The Current reached the final in their second season.

“We have a lot of reasons to celebrate with a year we can all look back on and be very proud of,” Kansas City coach Matt Potter said. “Our best days are ahead of us, not behind us. … All losses at this stage of the season are tough to manage.”

“This season was just really fun. We gave everything we had every single day to get to this point,” Smith told CBS. “I’m so proud of every single one of my teammates because we left it all out on the field.”

Thorns goalkeeper Bella Bixby didn’t need to make a single save as Portland held an 18-9 edge in shots.

Smith scored in the fourth minute after a turnover by Kansas City.

Rocky Rodriguez fed the ball to Yazmeen Ryan in the midfield. Meanwhile, Smith was streaking up field and Ryan sent a pass ahead that Smith corralled despite the defense of Kansas City’s Elizabeth Ball.

Smith drove in and maneuvered to the left as Franch came out to cut off the angle. Smith easily drove around her and kicked a left-footed shot into the net.

Smith had a chance at a second goal in the 14th minute but sent a right-footed shot wide right of the net.

In the 34th minute, Kansas City’s Katie Del Fava sent a close-range header over the net.

A Kansas City miscue in the 56th minute gave the Thorns a 2-0 edge.

Ryan sent a cross from the right flank toward the Current net. Merrick charged hard toward the goal and Franch prepared to stop the ball.

Instead, the ball hit Merrick’s leg and ricocheted off Franch’s hip and into the net.

Franch, who played for Portland from 2016-21, made a stellar save in the 71st minute on a hard left-footed shot from just outside the box by Hina Sugita.

Portland’s Crystal Dunn missed an opportunity in the 82nd minute when her right-footed shot sailed over the net.