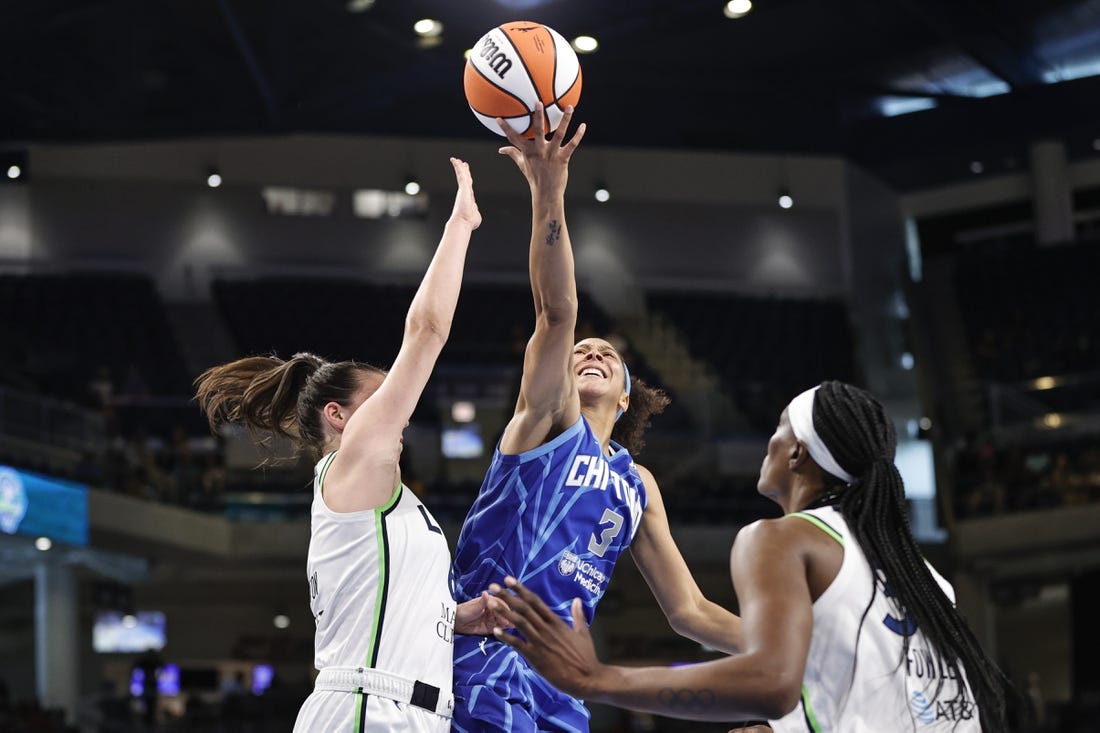 The first-place Sky (25-8) have won 10 of their past 12 games, while the fourth-place Storm (20-13) have dropped five of their past eight contests. Both teams have three regular-season games remaining.

In a matchup of two playoff-bound teams, one on a hot streak and one enduring a lull, the Seattle Storm will pay a visit to the Chicago Sky on Tuesday evening.

Seattle is aiming to bounce back from an 89-81 home loss to the Las Vegas Aces on Sunday. Not only was it the Storm’s final home game of the regular season, but it was also a sendoff for veteran guard Sue Bird, who will retire at the end of this season.

In what was the final regular-season home game of her 19-year WNBA career — all of which has been spent with the Storm — Bird tallied nine points, six assists and four rebounds in 32 minutes. However, Seattle couldn’t overcome 14 turnovers, five missed free throws and 29 points from Aces star A’ja Wilson in defeat.

“I’m not going to lie, it kind of sucks to lose my last (home) game, but you know what, I lost my first game, too, so it’s OK,” said Bird, the league’s record-holder for assists.

The Sky have won two straight games and four of five. They topped the Connecticut Sun 94-91 at home on Sunday behind 20 points from Courtney Vandersloot and a double-double from Candace Parker (18 points, 12 rebounds).

If the current standings hold, Chicago would have the No. 1 overall seed in the playoffs. However, games against the playoff-bound Storm and Aces remain, as does a regular-season finale on the road against the Phoenix Mercury, who could be fighting to clinch a postseason berth.

Against the Sun on Sunday, the Sky blew a 17-point lead but squeaked out the three-point victory. The result allowed the reigning WNBA champs to set a single-season record for wins.

“We know from last year it’s two different seasons once the postseason starts,” Parker said, according to the Chicago Sun-Times. “I’m big on the result is in our favor, but we still have to see the things we can fix.”

Parker also had two blocks in the game, giving her 600 for her career, which makes her just one of five players in WNBA history to reach that mark.