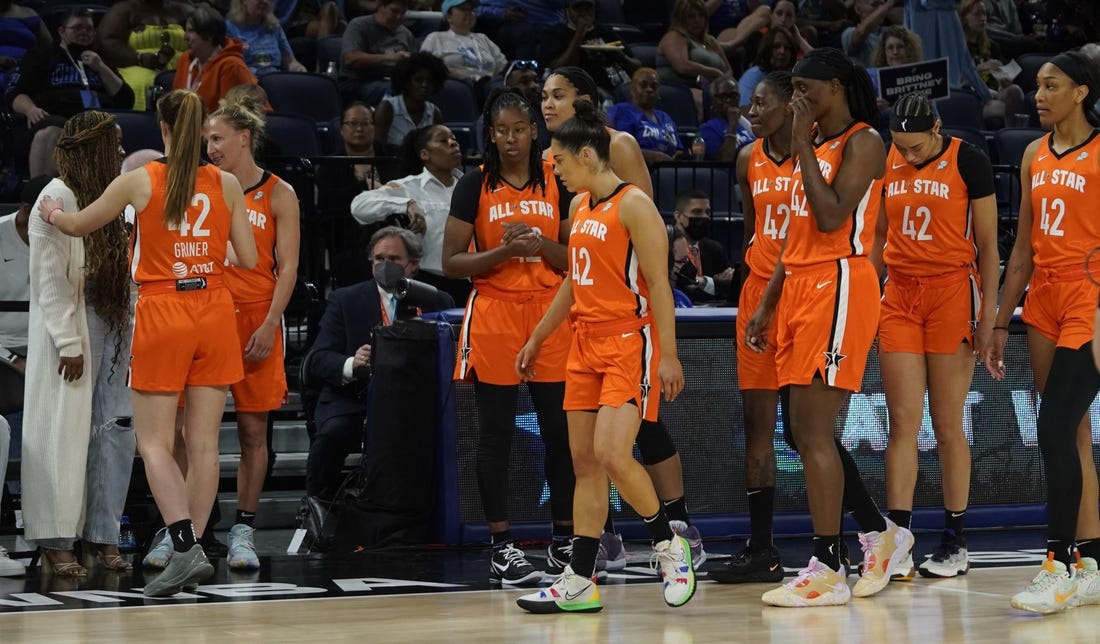 Secretary of State Antony Blinken said Wednesday that the United States has made a “substantial proposal” to the Russian government in an attempt to secure the release of WNBA star Brittney Griner and former Marine Paul Whelan, both of whom the U.S. contends are being wrongfully detained in Russia.

Blinken said the offer was made “weeks ago” and he intends to discuss the matter this week with his counterpart, foreign Minister Sergey Lavrov.

CNN reported the Biden administration offered in June to swap imprisoned arms trafficker Viktor Bout, who is serving a 25-year prison sentence in the U.S., for Griner and Whelan, 52.

Griner has been detained since mid-February, when she was charged with carrying drugs into Russia after her luggage was searched at a Moscow airport. Whelan was taken into a custody at a hotel in December 2018 and charged with espionage, then later convicted and sentenced to 16 years in prison. He was in the country to attend a wedding while Griner was returning to her Russian team.

In the meantime, Griner is on trial and testified in her own defense Wednesday in Khimki, Russia.

Griner, 31, said she was told to sign documents without any explanation and a language interpreter relayed only a portion of her detailed responses during interrogation following her arrest at the airport.

An All-Star in the WNBA with the Mercury, Griner was in Russia playing in a professional women’s basketball league during her offseason with Phoenix.

Griner previously disclosed that the vape cartridges in her luggage that prompted the questioning contained cannabis oil.

Authorities questioning Griner did not explain the charges or accept the circumstances of her travel, she said Wednesday, while denying access to an attorney or explaining what was outlined in the documents she was ordered to sign. Eventually, Griner said, she was only granted access to an attorney long enough to turn over any personal items in her possession.

Wednesday was the sixth court session in the case, which began July 1. Russian authorities have extended Griner’s detainment through mid-December.