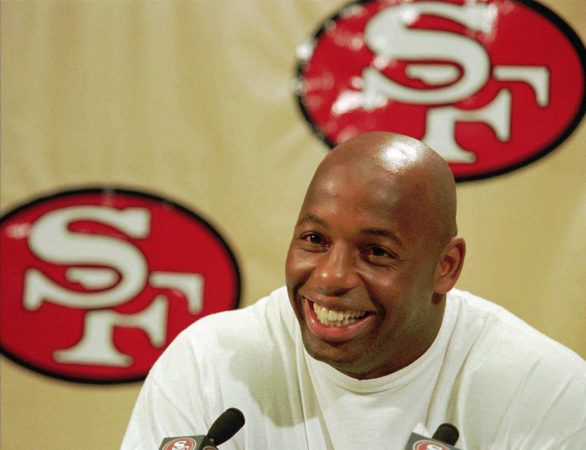 Dana Stubblefield, a 49 year old former defensive linesman of the San Francisco 49ers, was handed a 15 year to life sentence for rape. He is on his way to prison. Earlier this year In July, he was found guilty of the following charges: rape by force, false imprisonment and oral copulation by force. He was acquitted of the charge: raping a person incapable of giving consent. In 2015, he raped a prospective babysitter in his house. Jurors also concluded that he used a gun during the assault.

On Thursday Deputy District Attorney Tim McInerney said, “‘No’ meant nothing to this defendant. Based on his status, I think he was never held accountable for prior criminal behavior. Today, he was held properly accountable.” In 2010 he was sent to prison for 90 days after pleading guilty to the charge of stealing an ex girlfriend’s mail. In 2009 he was sentenced to probation after pleading guilty to the charge of lying to federal officials. This happened when there was an investigation on a group of people who supplied performance enhancing drugs to professional athletes.

Stubblefield was a talented player who won NFL Defensive Rookie of the Year. He was a part of the team that won the Super Bowl XXIX. In 1997 he earned All-Pro Honors. He stopped playing after he was injured in 2004.