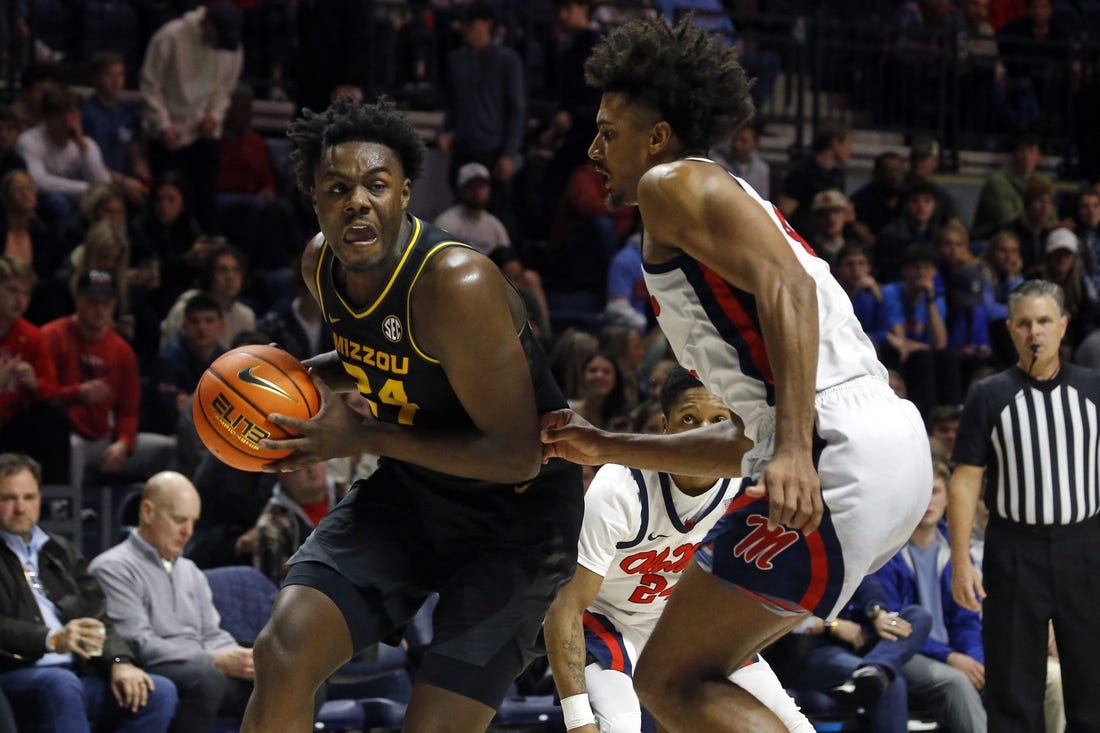 Hodge and Mosley combined for 10 of Missouri’s 16 3-pointers, with the total tying the Tigers’ season high.

Hodge, who averaged 14 points entering the game but totaled 18 in the previous three games, hit a season-best six treys as Missouri won its first league road contest in four tries.

Daeshun Ruffin had 18 points and Jaemyn Brakefield added 15 for Ole Miss (9-11, 1-7), which allowed its highest point total of the season. However, the Rebels were competitive while matching a season high with 10 3-pointers despite playing without injured leading scorer Matthew Murrell (14.9 points per game).

Missouri made 15 of its 25 shots in the first half, including 9 of 15 from 3-point range. Hodge and Mosley combined for seven treys. Back-to-back 3-pointers from Hodge highlighted an 11-0 surge that gave the Tigers a 16-9 lead. After Ole Miss got within 26-24, Missouri scored the next 10 points, a run that included a Mosley 3-pointer.

Two consecutive Mosley 3-pointers concluded an 8-0 run that left the Tigers ahead 44-28 with 4:09 remaining in the first. However, Ruffin scored all eight of his first-half points as the Rebels closed on a 13-3 surge to trail 47-41 at the break.

Thanks to back-to-back baskets from Mosley, Missouri scored seven of the first nine points in the second half to regain a double-digit advantage. The Tigers led by as many as 17 with 7:37 left in regulation, but 3-pointers by Ruffin and Brakefield highlighted a late 8-0 run that got Ole Miss within 79-71 with 3:43 to play.

A Hodge basket ended that Ole Miss surge and helped Missouri secure a fourth straight victory in the series.

Rutgers scores 56 in second half to rout Minnesota

Despite foul trouble, Seton Hall still gets by St. John’s

No. 25 Auburn strolls to victory over Georgia

No. 16 Xavier takes down No. 17 Providence in OT thriller

Arkansas has no problems in downing LSU
No. 11 TCU blows out cold-shooting Oklahoma