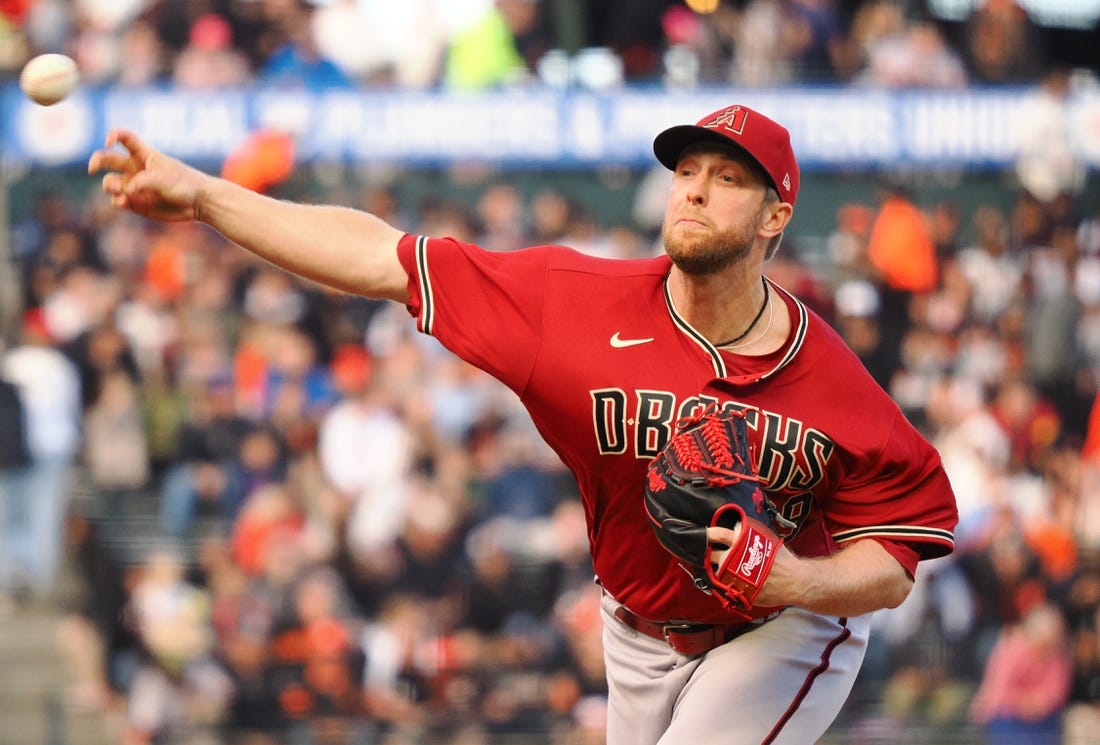 Daulton Varsho capped a three-run third inning with a two-run single, and the Arizona Diamondbacks established a lead they would never relinquish in a 4-3 victory over the host San Francisco Giants on Monday.

David Peralta and Sergio Alcantara also had run-scoring hits for the Diamondbacks, who took two of three from the Giants in a home series last week. Merrill Kelly threw seven-plus strong innings, and three Arizona relievers finished off the win in the opener of a three-game series.

Alex Cobb (3-4) matched Kelly with a scoreless two innings before serving up a one-out single to Alek Thomas and a two-out hit to Christian Walker in the third.

Those were the only runs Cobb allowed in six innings. He gave up six hits and four walks, and struck out four.

The Giants got within 3-1 in the fourth when Wilmer Flores doubled with one out, Brandon Belt singled and Luis Gonzalez grounded into a fielder’s choice that allowed Flores to score.

The Diamondbacks tacked on what proved to be the difference-making run in the eighth. Pinch hitter Jake McCarthy walked, stole second and scored on Alcantara’s one-out pinch single, increasing the lead to 4-1.

Kelly was pulled after walking LaMonte Wade Jr. to open the bottom of the eighth. Darin Ruf singled off All-Star Joe Mantiply, and Flores’ second double of the game got the Giants within 4-2. Austin Slater’s RBI groundout cut the gap to one.

After a walk to Gonzalez, Noe Ramirez replaced Mantiply and induced a double-play grounder off the bat of Brandon Crawford with the bases loaded, preserving the one-run lead.

Closer Mark Melancon got three straight outs after allowing a leadoff single to Mike Yastrzemski in the ninth, posting his 12th save.

Kelly (8-5) was charged with two runs on five hits. He walked two and struck out four while helping Arizona win for just the second time in its past six games.

Thomas had a double and two singles for the Diamondbacks, whose 10 hits included just two for extra bases, including a double by Ketel Marte.

Belt went 3-for-3 before leaving for a pinch hitter and Flores added his two doubles for the Giants, who were out-hit 10-8 in the opener of a seven-game homestand.