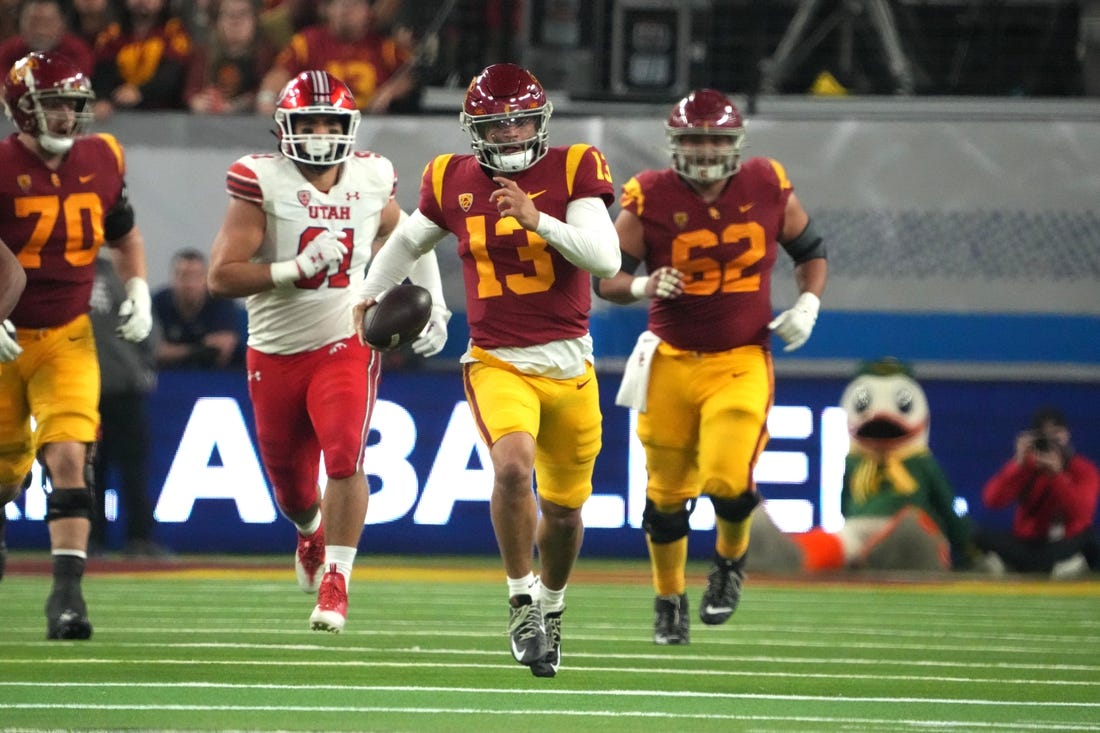 USC quarterback Caleb Williams could miss the Cotton Bowl Classic on Jan. 2 due to a hamstring injury.

Williams was hurt in the Pac-12 championship game when his hamstring “popped” during a 59-yard run in the loss to Utah, head coach Lincoln Riley said Sunday night of the Heisman Trophy hopeful quarterback.

“Those things, hamstrings are different for everybody, but the nature of this is pretty severe,” Riley said. “We’ll rehab him hard and hope to have him available.”

If the Trojans had been scheduled to play either of the next two Saturdays, it would have been without Williams, Riley said.

“He’s a warrior,” Riley said. “He fought through it the other night when a lot of guys wouldn’t.”

But USC has nearly two full weeks before on-field preparations kick into gear for Tulane and the Cotton Bowl. For now, freshman Miller Moss is pegged as the first-team quarterback. Moss has played in three games this season, completing 12 of 14 pass attempts for 159 yards and one touchdown.

Williams tied for first in the FBS with 37 touchdown passes in his first season with Riley and the Trojans. He was fourth in passing yards with 4,075 and threw only four interceptions.

The sophomore followed Riley to Los Angeles from Oklahoma.