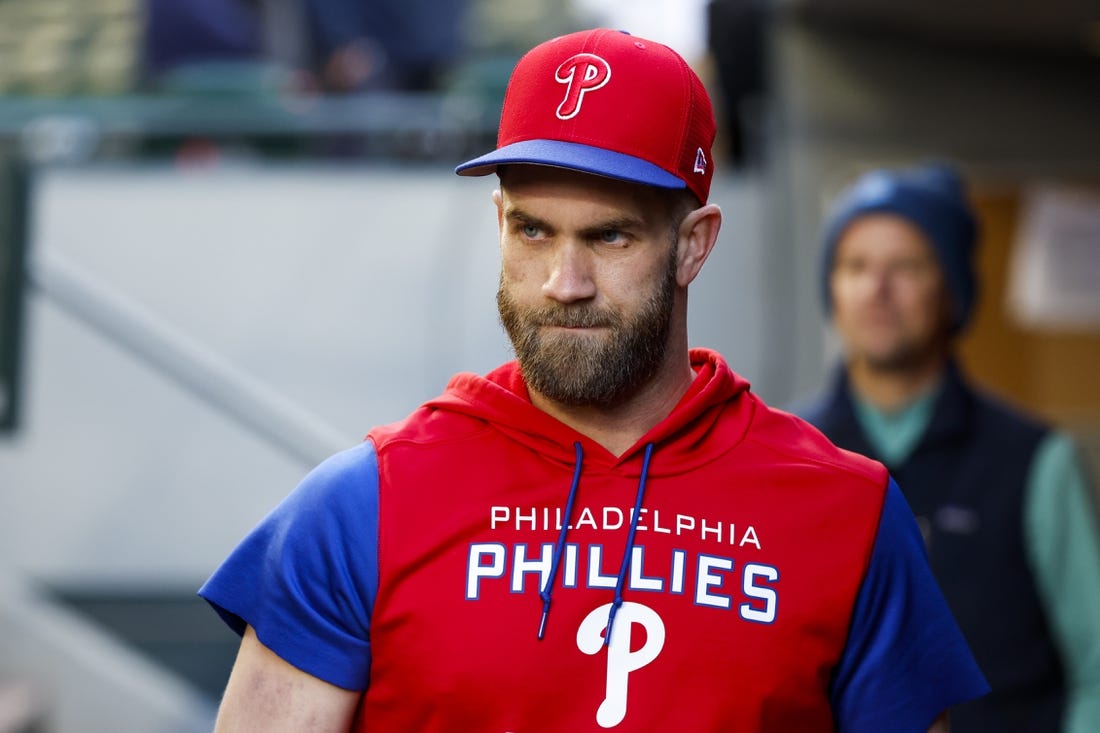 The National League’s reigning Most Valuable Player, Philadelphia Phillies outfielder Bryce Harper, was diagnosed with a small UCL tear in his right arm which will keep him from throwing a baseball for another month.

Harper has been hampered with lingering pain in his right elbow, forcing him to serve solely as a designated hitter since last playing the outfield on April 16.

Phillies manager Joe Girardi spoke to reporters Thursday in Los Angeles ahead of the team’s first of four games against the Dodgers and said Harper saw a doctor earlier in the morning and plans to receive a PRP injection on Sunday.

After the treatment, the Phillies believe Harper will be out for Sunday’s series finale against the Dodgers and possibly Tuesday upon opening a three-game series against the San Diego Padres.

Harper, 29, leads the Phillies in RBIs (19) and ranks second in home runs (six) despite the ailment. He enters Thursday hitting .269 with 10 doubles (also most on the team) in 31 games this season.

The 12th-year veteran earned NL MVP honors in 2021 after topping the majors with a .615 slugging percentage, adding 35 homers, 42 doubles and 84 RBIs.