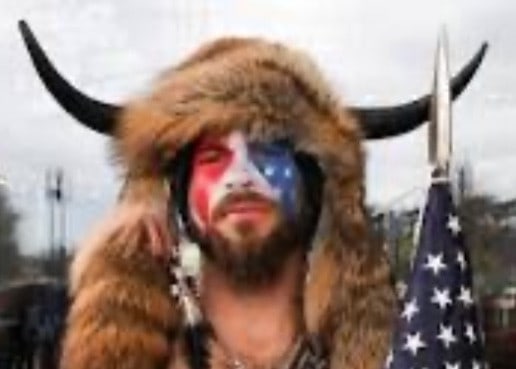 Al Watkins is a St. Louis attorney who is representing ‘QAnon Shaman’ Jacob Angeli Chansley. The attorney said that his client has claimed that he would not have attacked the Capitol had it not been for the rhetoric by Trump which roused them into action. Chansley also claims that he was “duped by the president.”

Trump had not pardoned Chansley before his term had ended. Watkins said that it was a matter of public record that the president “invited these individuals” to walk down the Capitol with him and claims that the invite led to the protesters storming the Capitol.

He also wanted the events that led to the buildup of conflict to be considered as he said that the months of lies and misrepresentations, the horrific innuendos as well as the hyperbolic speech by the (then) president was designed to “inflame” “engage” and “motivate.”

Watkins continued by saying that his client regretted not only being duped by the President but also for being in the position where he made decisions which he should not have made. He believed that these decisions were made as a result of being duped.

A federal judge had recently denied Chansley’s release. The judge said that Chansley was a symbol of the riots and his release could cause more violence and incitement in the future. Before he was arrested

Chansley had said that he would return to the Capitol in DC before Joe Biden’s inauguration.

Watkins refuted this claim and asked for his client not to labeled like the rest of the those who participated in the protests on January 6.

He referred to his client as the “guy with the horns and the fur, the meditation and organic food.” Chansley had asked for organic food in jail before he confirmed to the FBI. that he was the man in the picture that was splashed across media throughout the nation and elsewhere. In the image, he was wearing fur and was carrying an American flag and a spear.

Watkins also mentioned that other protesters who had stormed the Capitol had also been in contact with him but said that he could not disclose additional information.