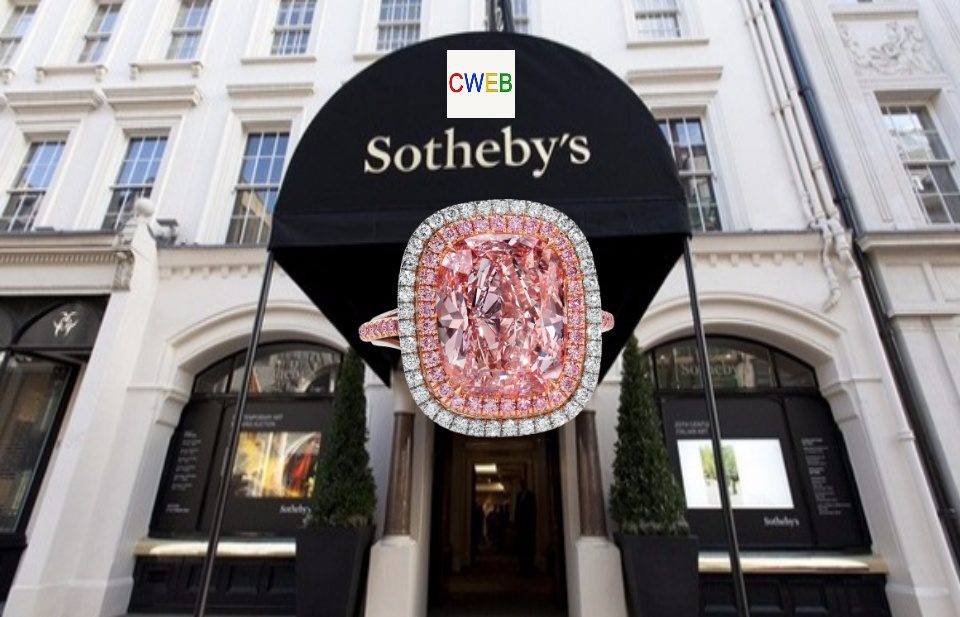 Today a rare diamond known as the Pink Star has been sold in Hong Kong for more than $71m (£57m), setting a new world record for any gemstone at auction.
The oval-shaped 59.6 carat stone was bought after just five minutes’ bidding at Sotheby’s, reports said.
It is the largest polished diamond in its class to go under the hammer.
It sold for $83m in Geneva in 2013 but the buyer later defaulted. The record until now was held by the Oppenheimer Blue, which sold for $50m last May.
Bidding for the gem, which was found by De Beers at a mine in Africa in 1999 and cut over a period of two years, began at $56m.
Sotheby’s said the buyer was Hong Kong jewellery retailer Chow Tai Fook Jewellery.