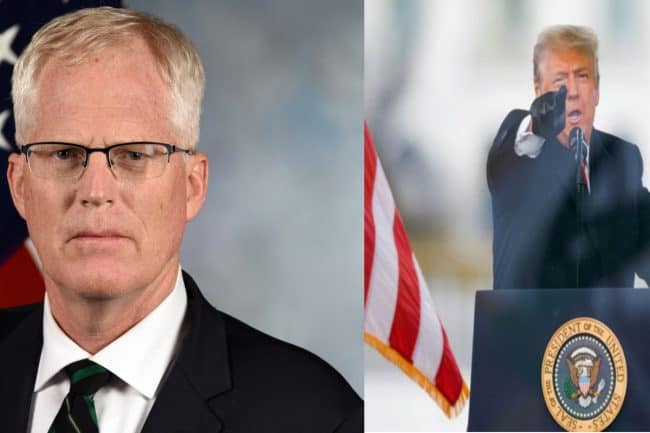 Christopher Miller, former Defense Secretary, told Vanity Fair that when he headed the Pentagon under the Trump administration the bar was ‘pretty low.’ They had three goals. There should be no military coup. There should be no major war and there should be no troops on the street. He said that third goal was broken on January 6 after the insurrection on the Capitol that day.

The 55-year old special forces veteran explained that the root of the root of the problem was an earlier decision by Trump to teargas those who protested outside the White House in summer. This made the Mayor of DC decide that she did not wish to see the National Guard again for the Stop the Steal rally, which proved to be the spark that lit the fires at the Capitol.

Miller also said that he had asked for National Guard support but Trump failed to ask for it. He also spoke of the compartmentalization of information by the military, which led to intelligence challenges. When Miller was asked about being a “Yes” man for Trump he denied the allegation and said his family were not huge fans of the Trump administration.

He also said, “I cannot wait to leave this job, believe me.”

Ezra Cohen, appointed as Acting Under Secretary of Defense for Intelligence and Security had a franker  and more harder hitting assessment of the lack of preparedness.

He said, “The president threw us under the bus.”

He added that the “us” included not only the political appointees or the Republicans but also America as Trump had caused a lot of damage to the fabric of the nation. He believed that Trump had the chance to “tamp things down” but he didn’t do so and that was the fatal flaw.

He also mentioned that the president was in charge and the person who is in charge is responsible when things go wrong.