King Charles painting of Balmoral Castle up for auction in Edinburg King Charles III is an avid painter from his school days, although he might not have sufficient time to devote to his hobby as he fulfills his duties as sovereign of Britain. A copy of one his older paintings of Balmoral Castle, one of Queen Elizabeth’s favorite summer retreats, is up for auction. Queen Elizabeth II spent her final days at the Scottish estate, surrounded by family.

King Charles, who was the Prince of Wales in the seventies, painted a lot of watercolors. He was inspired to paint by his art master Robert Waddell, at Gordonstoun, Scotland. The young prince painted many of the royal residences as well as their sylvan surroundings. His father Prince Philip also painted royal residences and landscapes but his medium of art was oil.

Both father and son have painted residences such as Windsor Castle and the skies of Norfolk, surrounding Sandringham, another popular private estate of the Royal Family.

King Charles has a rather self deprecating view of his artistic talent and does not consider it “great art.” However, he says that painting “refreshes parts of the soul which other activities cannot reach.” 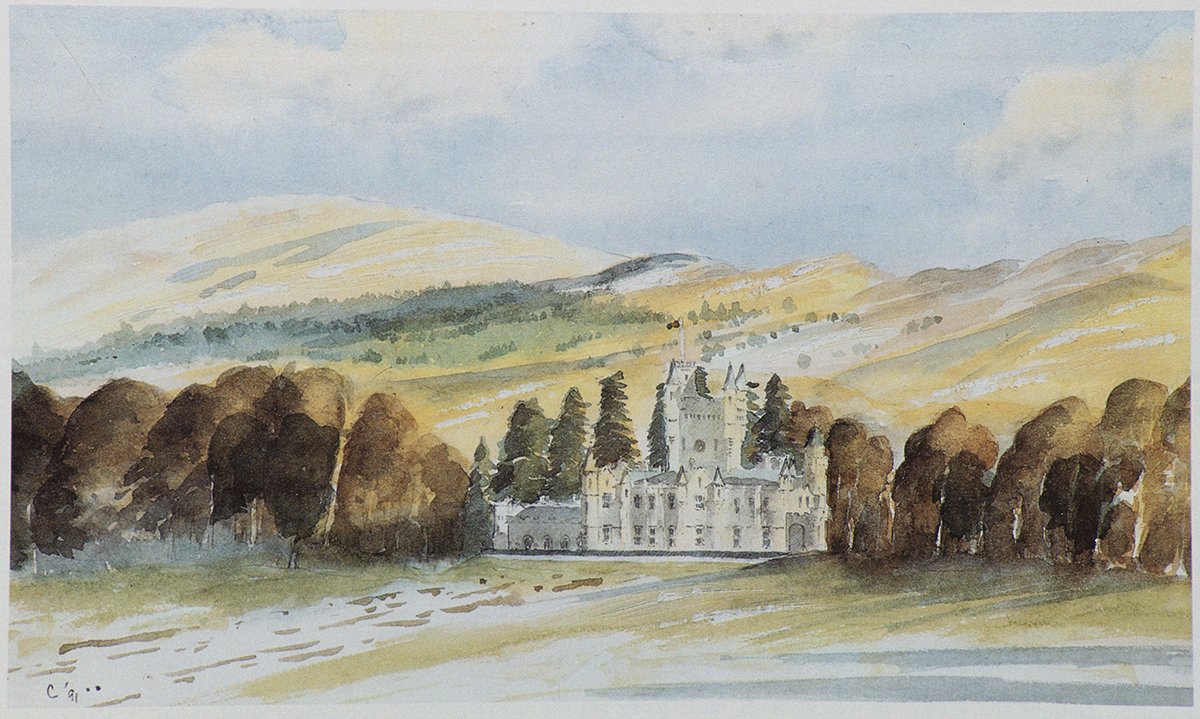 He has painted many places as he has gone on official tours or also on holidays with his family and the paintings chronicle his travels around the world through watercolor, which is his medium.

Although most of King Charles’ paintings feature royal residences, landscapes or people from Scotland he has also painted watercolors when he visited
Tanzania
France
Switzerland
Romania
Nepal
Wales
Turkey and more.

Prince Charles liked to paint “en plein air.” However, as the King of the Brits, King Charles III might no longer be able to paint outdoors as he will remain busy fulfilling his royal duties as the sovereign.